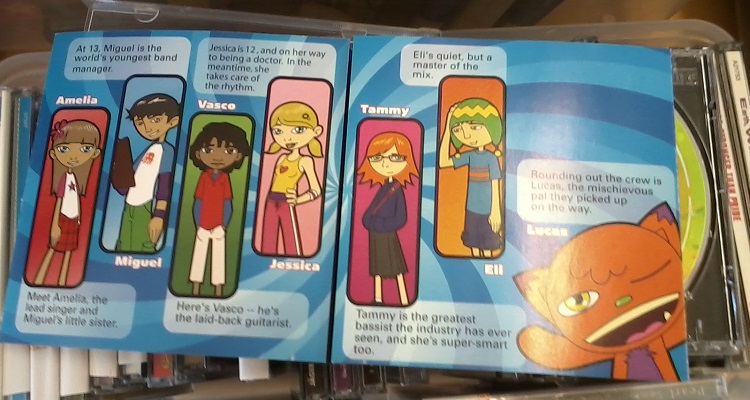 Kidz Bop will cross the Atlantic to find success in the United Kingdom.

Here in the United States, Kidz Bop albums have gone on to sell millions of records.  Now, they’re looking to take over UK charts as well.

Universal Music On Demand (UMOD), formerly Universal Music TV, signed on as a label partner.  Billboard reports that the first UK Kidz Bop album will launch on March 31. A second release will follow in the fourth quarter of 2017.

The first Kidz Bop album debuted in the States in 2001. Upon release, the albums have topped Billboard U.S. Kids charts since 2008. To date, the “sung by kids for kids” covers albums have sold 17.1 million albums, according to Nielsen Music. Kidz Bop albums sold 818,000 copies in the U.S. in 2016. The albums beat out top music icons like Justin Bieber and Rihanna, which sold 642,000 and 745,000 respectively. The child-friendly covers album also beat out The Weeknd, which sold 757,000 albums last year.

“We’re excited to bring Kidz Bop to kids and families around the world, and Britain’s preeminent place in pop music makes the U.K. the obvious first territory for international expansion. Our strategic partners have been instrumental in helping us navigate the UK market and develop a distinct voice for the brand that will appeal to young British fans.”

“We are thrilled to be on-board as distribution partners for Kidz Bop in the UK, and delighted to be part of this exciting phase of the brand’s expansion internationally.

“We’re certain British kids and parents will enjoy Kidz Bop as much as they do in the US, where the brand has become such a huge phenomenon. The addition of the super-talented UK Kidz Bop kids singing on this album is the icing on the cake.”