The Salvation Army to Restore the Strawberry Fields Forever Site 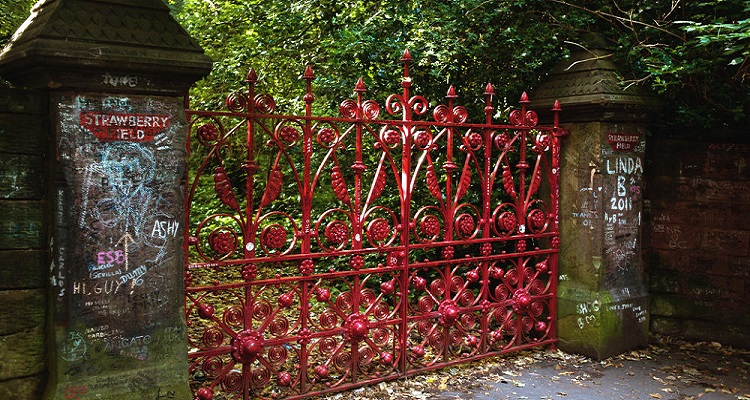 The Salvation Army will restore a site John Lennon frequented.

The Salvation Army established the children’s home in 1936.  As Lennon lost his father, and later on his mother, he felt close to the orphaned boys there. He told Playboy in 1980,

“Strawberry Fields is a real place. After I stopped living at Penny Lane, I moved in with my auntie who lived in the suburbs in a nice semi-detached place with a small garden and doctors and lawyers and that ilk living around.  Not the poor slummy kind of image that was projected in all the Beatles stories.  In the class system, it was about half a class higher than Paul, George and Ringo, who lived in government-subsidized housing.”

In fact, prior to his death, Lennon donated money to Strawberry Fields.  Now, on the dawn of the song’s 50th anniversary, the Salvation Army launched a new vision for Strawberry Field’s redevelopment.  The organization will weave together educational, cultural, heritage, and spiritual exploration.  The site’s revival will include a training and work placements hub for young people with learning disabilities.

It will also include an authentic exhibition on the plane, the song, and how John Lennon spent his early life near there.  The organization will also develop a “haven for spiritual exploration.”

“Strawberry Field is special in the hearts of many people in Liverpool, the UK and across the world.  Many people have supported the children’s home, and we at the Salvation Army are aiming to redevelop the site to do them justice.  That includes those that have formed a connection with the iconic Beatles song.”

McCombe promised to inspire people to “become involved in the project in any way they can.”  Moreover, the organization aims to create a “pivotal place in the lives of young people.”  It also wants the site to become a must-see destination for Lennon and Beatles fans worldwide.

The organization also launched a dedicated website today to coincide with the announcement. Titled Forever Strawberry Field, Lennon and Beatles fans can check out the vision and donate towards the project.

“I’m expressing my wholehearted support of The Salvation Army’s plans to redevelop their children’s home at Strawberry Field. Their plans for a totally unique project, to provide vocational training for young people with mild to moderate learning disabilities, are to be commended.”

“I can think of no better way Strawberry Field could be re-developed in such an innovative way, which gives hope and job opportunities to vulnerable young people, whilst making a valuable and worthwhile contribution to The Beatles Legacy in Liverpool.”

Fans can also find out how to volunteer and help the site’s revival on the website.