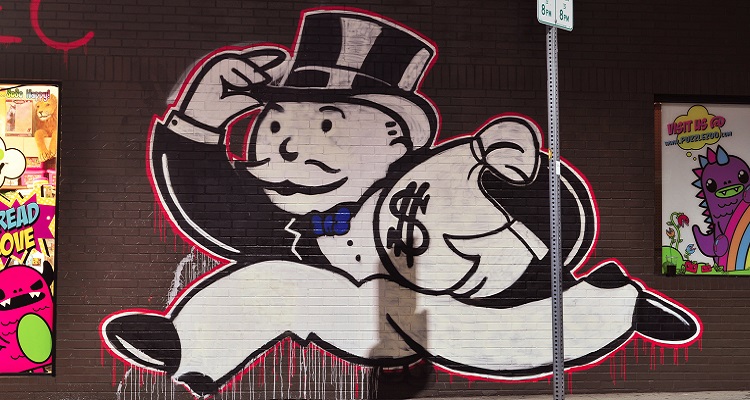 What do you do after earning a ton of cash on rich, naïve young millennials over the luxury Fyre Festival? If you’re Ja Rule and Billy McFarland, you spend all of it on planes, models, and influential social media posts.

If you ask Billy McFarland and Ja Rule how the Fyre Festival went, you’d probably hear that it was a resounding success. After all, despite being publicly humiliated and discredited on social media, 81% of festival-goers are ready for Fyre Festival 2018.

Besides, they already blamed the lack of necessary infrastructure and naivety.  Bad weather ruined their luxury music festival.  It’s not their fault, or is it?

Yet, a larger and unanswered question remains: after charging thousands of dollars for tickets, where did all the money go?

Former Fyre Festival employees spoke with Vice.  According to them, after making a ton of money on early ticket sales, McFarland and Ja Rule squandered almost all of it.  McFarland, a tech entrepreneur, spent millions of fans’ dollars on models, private jets, and luxurious yachts to promote the event.

McFarland and Ja Rule already knew beforehand they wouldn’t be able to handle the event.  But to have Kendall Jenner promote the Fyre Festival, they paid her $250,000 for a single Instagram post.  They also paid lesser-known “influencers” hundreds of thousands of dollars.  Each were paid at least $20,000.

Organizers knew beforehand they wouldn’t be able to organize an event of Fyre Festival’s planned magnitude.  When the festival got close to starting, McFarland tried to organize everything last-minute.  However, he soon found the festival lacked fundamental human necessities, such as toilets and showers.

“There was no infrastructure to even support the equipment. They didn’t even have a loading dock, they had no understanding of what vehicles were on the island to even move the stuff off the ship once it got there. They said stuff like, ‘Don’t worry about customs; it’s only for a weekend, you don’t have to worry about customs.”

Following the disastrous event, The Bahamas Ministry of Tourism placed the area of the event on lockdown.  Why?  McFarland didn’t pay custom duties.

Instead of planning ahead one month before the event, McFarland took members of his team to fly down “every other weekend for lavish vacations” on nearby islands.  An anonymous employee told Vice,

“Billy would take all the boys down there, it would be boys only.  They talk about f—ing bitches and hoes in conference meetings.”

When told that they wouldn’t be able to set-up the event of that magnitude in time, McFarland’s team laughed it off.  In response to a marketing team’s advice, they said,

The marketing team had advised them to postpone Fyre Festival to 2018.

After failing to sell an estimated 40,000 tickets, McFarland changed the housing options from expensive and comfortable lodgings to rustic tents.  In one picture, organizers promised a luxury villa.  Yet, one employee confessed that McFarland and his team had only listed the picture as a joke.  They never intended anyone to stay in such a luxurious place.

Yet, despite two class-action lawsuits (one asking for $100 million in damages), McFarland is far from done.  Instead of offering fans a full refund, McFarland and team offered ticket holders the option to exchange their 2017 tickets for 2018 VIP passes. Distributed to ticketholders on Monday, the form reads,

“Would you prefer to exchange your 2017 ticket(s) for additional 2018 VIP passes, as opposed to receiving a refund? (Ex: If you purchased 3 passes for 2017, you would receive 6 total 2018 VIP passes). We have received support and commitments from several musicians to perform at next year’s event. We would be so thankful to have your support as well.”

McFarland and Ja Rule have yet to comment or issue a formal and sincere apology for the disastrous Fyre Festival.  Despite evidence to the contrary, Ja Rule states that the Fyre Festival was “NOT A SCAM.”