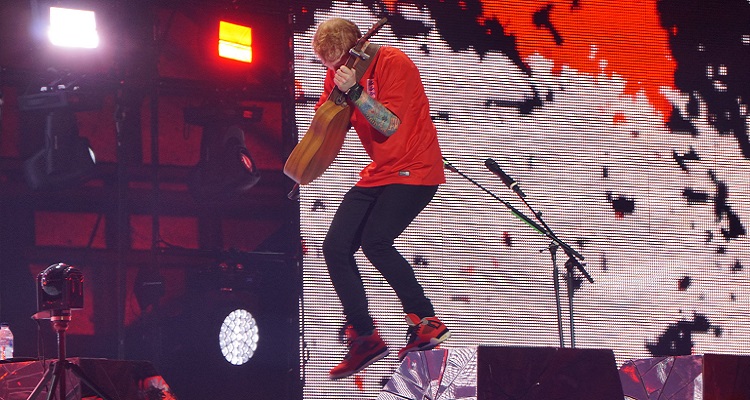 Thanks to streaming (once again), Warner Music Group has posted strong financial gains.  But as Warner’s position becomes less desperate, it may be focusing on ‘fixing the YouTube problem’ for good.

On the face of it, Warner Music Group is doing well — especially given its near-death experiences over the past ten years.  In fact, for the three months ended March 31st, Warner Music Group just reported strong double-digit growth.  But that growth has a major blemish called YouTube, a platform WMG executives have increasingly learned to hate.

And this isn’t hearsay.  WMG has flatly criticized its new deal with YouTube in a leaked memo, promising to rectify matters while complaining of foul play and abuse of copyright loopholes (more on that below).

Talk to WMG, and you’ll learn that YouTube is getting away with the equivalent of copyright murder.  But throwing away YouTube’s dirty money would be a mistake.

That’s called progress, with streaming leading the way.  Overall, the digital segment makes up over 50% of the company’s total revenue for the second quarter.  Digital revenue grew to $439 million, up 21.9% year-over-year.

At $142 million, physical revenue accounted for less than half of streaming revenue.  This also marks the first time digital revenue has exceeded 50% of the company’s total revenue.

That’s a recovery we can all rally around.  But for WMG, it’s not a situation that can continue indefinitely.  Underscoring the strength of streaming revenue in the label’s financial report, Warner Music Group’s CEO Steve Cooper said in a statement.

“We had another excellent quarter, with double-digit growth in both the current and prior-year quarters. Our streaming revenue is now double that of physical and triple that of downloads.  An improved industry environment is helping, but we continue to outperform our competition due to fantastic new music and outstanding execution by our operators around the world.”

“Although tough comparisons could make for a more challenging second half, I’m confident we’ll have another great full fiscal year.”

As the company continues posting stronger revenue numbers thanks to streaming, it remains wary of services like YouTube.  The financial report comes days after the company signed a new licensing deal with the Google-owned video platform.  A leaked memo sent out by Steve Cooper explains that the licensing deal was shorter than typical terms.

“We secured the best possible deals under very difficult circumstances.  Our new deals are also shorter than usual, giving us more options in the future.”

In a veiled swipe at YouTube, Cooper explained that Warner Music Group remains wary of the platform’s practices.  He singled out the DMCA ‘safe harbor’ laws which provide legal protection whenever its users upload copyrighted infringement.

“[Our] fight to further improve compensation and control for our songwriters and artists continues to be hindered by the leverage that ‘safe harbor’ laws provide YouTube and other user-uploaded services.”

Cooper then called out YouTube for failing to provide adequate payment under these safe harbor laws.

“There’s no getting around the fact that, even if YouTube doesn’t have licenses, our music will still be available but not monetized at all.  Under those circumstances, there can be no free-market ‘willing buyer, willing seller’ negotiation.”

The latest IFPI stats back up Cooper’s claims.  In 2016, user-uploaded video platforms like YouTube only paid out $553 million to recorded music rights-holders.  This comes from an audience of more than 900 million users.  By contrast, on-demand audio streaming services generated $3.9 billion with just 212 million users.

“I was surprised, because it’s not been the context or the tenor of the negotiations.  This deal is centered around their vision of helping us build a subscription business.  And them encouraging us building the advertising business.  I didn’t hear anything about safe harbor, or any of that stuff.  I do know about the numerous conversations we had about them helping us, enabling us, to run this horse and to be successful.  Because they would like a company the size of Google, [with] the international breadth of the company, to get into the subscription business.  I don’t think they want their revenues highly concentrated.”

When asked about upcoming deals with Sony and Universal, Cohen responded,

“I’m encouraged by all the conversations that we’ve had.  They recognize that YouTube has paid, in 12 months, over a billion dollars in advertising revenue alone.  And they see subscription growing faster than any subscription category ever, alongside that.”

So far, neither Cooper nor Warner Music Group have issued a statement on the leaked memo.