Bob Dylan’s Nobel Prize Could be Stripped After Plagiarism Discovered 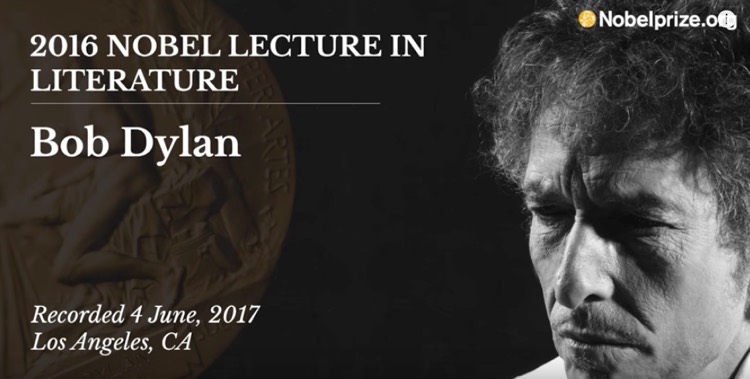 This isn’t the first time that Bob Dylan has faced plagiarism accusations.  But this time, it could cost him his Nobel Prize for Literature.

Plagiarism accusations have long marred Bob Dylan’s legacy.  Defendants of the great American bard have pointed to common practice in folk music; critics like Joni Mitchell have accused him of being a flat-out fraud.

Now, there’s another debate: should Dylan get to keep his Nobel Prize for Literature?  On Tuesday, an astute observer accused Bob Dylan of lifting his Nobel Prize acceptance speech from SparkNotes.  And the evidence looks pretty damning.

Dylan’s speech included inspiration nods to three literary classics: The Odyssey, All Quiet on the Western Front, and Moby-Dick.

In the case of Moby-Dick, Slate author Andrea Pitzer discovered more than 20 lines ripped off from the study guide.  “I soon discovered that the Moby-Dick line Dylan dreamed up last week seems to be cobbled together out of phrases on the website SparkNotes, the online equivalent of CliffsNotes,” Pitzer wrote.

Pitzer started investigating after author Ben Greenman questioned one of the quotes from the Herman Melville classic.  Here’s a quick example of what Pitzer discovered in Dylan’s review:

Accordingly, other passages bear similar resemblance.  And, signs of flat-out copying.  Bob Dylan has yet to respond to the accusations, though this looks like bad cut-n-paste.

All of which is raising difficult questions within the Swedish Academy, which determines the Nobel Prize winners.

For starters, the Nobel Prize comes with a $900,000 prize.  But Dylan repeatedly snubbed the award, even refusing to respond to notifications from the Academy initially.  He subsequently refused to attend this awards ceremony, with Patti Smith flubbing the acceptance performance instead.

Fast-forward to the present, and Dylan is looking like one giant asshole.  And, a great candidate for Nobel Prize removal.