After A Decade In The Works, The Jimi Hendrix Park Finally Opens 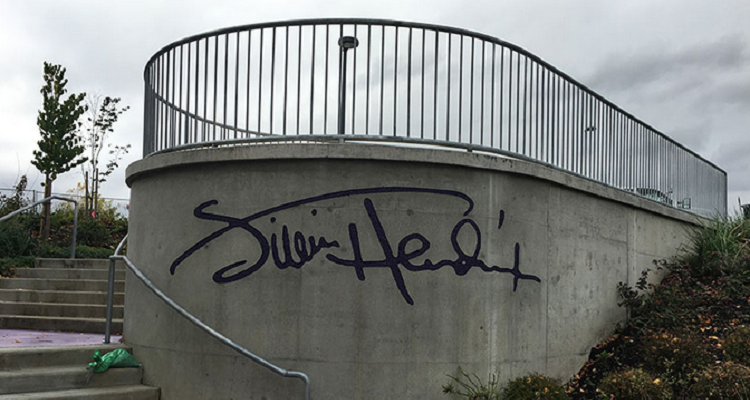 Seattle first broke ground on the Jimi Hendrix park three years ago.  First planned to be opened by 2012, the project faced a series of lengthy and costly delays.  Now, the park has finally opened its doors.

The $2.2 million park is located adjacent to the Northwest African American Museum.  It was designed to commemorate the iconic guitarist in his hometown.  It’s also within a short distance of Jimi Hendrix’s childhood home in the Central District.

The park was first funded by donations from Jimi Hendrix’s sister, Janie, and Parks and Greens Spaces Opportunity Fund.  It also received funding from the Neighborhood Matching Fund Award in Seattle.

The 2.5-acre park was initially planned to open in 2012 to commemorate the iconic guitarist’s 70th birthday.  However, the project ran into a series of delays thanks to the city’s design board and rising costs.  The park also saw problems with permits, funding, and construction delays.

Speaking with The New York Times about the delays, Janie Hendrix, the inheritor of Jimi Hendrix’s estate, likened the problems to her brother’s musical career.

“It happened to Jimi and his music.  They made him pick a genre of music so he could be played on a certain radio station.”

“I don’t know why it’s taken so long for us to be able to have this park in the name of Jimi Hendrix.  He’s one of the most unbelievable music icons in the history of this country…we finally got something here in Seattle.”

The idea for the park was first conceived in 2006.

When the park finally opened its doors on June 17, over 200 people attended.  It also came a day before the 50th anniversary of the Monterey Pop Show.  Hendrix famously lit his guitar on fire there.  In the purple walkways, sculptors etched lyrics to the late guitarist’s songs, “Angel” and “Little Wing.”  Visitors can also find purple guitars and Hendrix-inspired sculptures, including “Shadow Wave Wall,” a $300,000 donation from Sony Music.

Besides serving as a memorial to the late guitarist, the Jimi Hendrix Park will also serve as a place where people of different backgrounds and ethnicities can come together.  Speaking to the Seattle Times, a local resident, Marie Goines, said,

“We don’t have very many places in the city where people of color can congregate. Jimi Hendrix kind of touched all communities.”