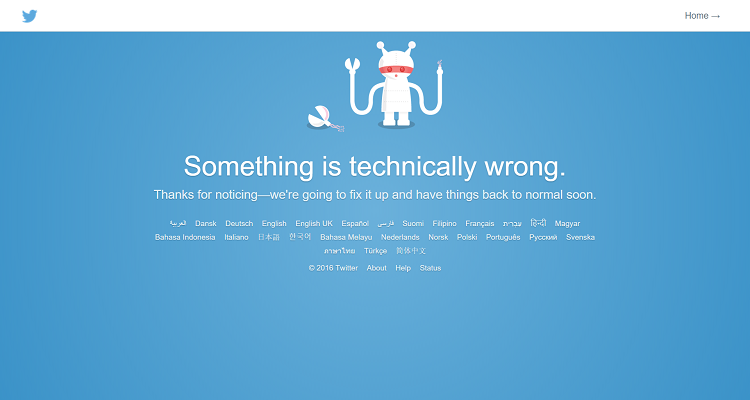 What happens when The Fader magazine posts a tracklist on Twitter?  They get suspended.  What happens when Neo-Nazis post offensive hate content on the same platform?  Absolutely nothing at all.

Yesterday morning, Twitter suspended a handful of popular music and culture accounts, including The Fader magazine.  Users rallied behind the site with the hashtag #FREEFADER.  However, the social media platform left hate-filled accounts alone, like the American Nazi Party.

Along with The Fader magazine’s account, Twitter also took down Pigeon & Planes, 2DopeBoyz, and Hip-Hop-N-More.  The reason?  Some of the accounts for the popular music and culture sites posted track lists.  Others allegedly posted Viacom content without permission (from a cell phone).

Hip-Hop-N-More editor Navjosh confirmed that their social media account had posted Young Thug’s Beautiful Thugger Girls tracklist.  After Atlantic reached out to Twitter, the social media platform swiftly suspended the site.  The Atlantic takedown request may have also been the cause for 2DopeBoyz’s account suspension.

The social media platform has a spotty record when it comes to takedown requests.  Though Facebook and Twitter have swiftly responded to copyright violation requests, they continue to struggle with hate-filled accounts.  Publishing internal documents, Pro Publica found that Facebook will block hate speech against white men but not black children.  The social media giant will only delete hate speech if directed towards a group considered a “protected category.”  White men apparently fall under that category.

So far, editors for The Fader magazine as well as Viacom have yet to respond to requests for comments.