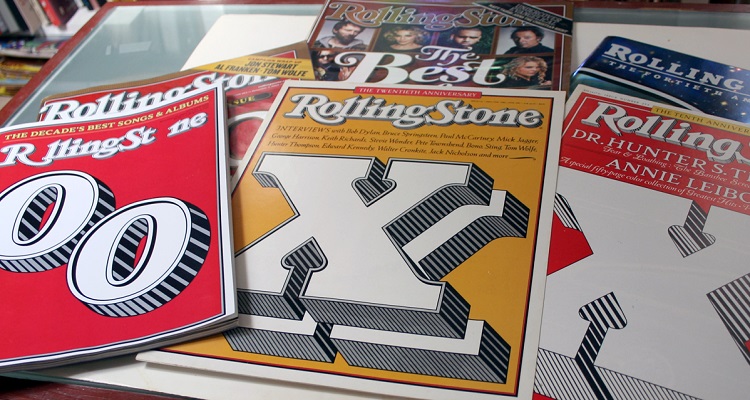 Rolling Stone magazine founder Jenn Wenner hopes to sell the magazine to someone with ‘a lot of money’.

On the magazine’s 50th anniversary, Wenner Media announced that it will explore “strategic options for its majority interest in Rolling Stone to best position the brand for future growth.”

Jenn Wenner, the company’s founder, said that he hoped to find a buyer “with lots of money.”

According to Bloomberg Business Week, Rolling Stone has suffered a 9.3% drop in newsstand sales.  Traffic to RollingStone.com has also fallen 28%.  In addition, the magazine has struggled to attract advertisers.

“Long-term, I don’t want to be in the business of solely relying on ad revenue with the way things are changing so rapidly.”

“Sadly Rolling Stone couldn’t make a remote office in SF work for them and struggled to give us the support and attention we needed to really grow.  No harm, no foul.”

Speaking with NYT, Gus Wenner also confirmed that selling Rolling Stone is necessary for the publisher to survive.

“There’s a level of ambition that we can’t achieve alone.  So we are being proactive and want to get ahead of the curve.

“Publishing is a completely different industry than what it was. The trends go in one direction, and we are very aware of that.”

In 2014, Rolling Stone magazine published a story that would ultimately tarnish its reputation.  Sabrina Erdely wrote that the University of Virginia actively covered up a gang rape.  The story would later lead to multiple lawsuits that cost Wenner Media millions.  Sabrina Erdely and Rolling Stone later apologized for running the story.

Veteran music critic and longtime Rolling Stone contributor, Anthony DeCurtis, couldn’t believe news of the sale.  In a statement to Variety, he explained that he never thought Jenn Wenner would sell the magazine.

“That sense of the magazine editor’s hands on the magazine —  that’s what’s going to get lost here.  I don’t know who’s going to be able to step in and do that anymore.”

Speaking with the New York Times, Jenn Wenner said that selling the magazine was “just the smart thing to do.”