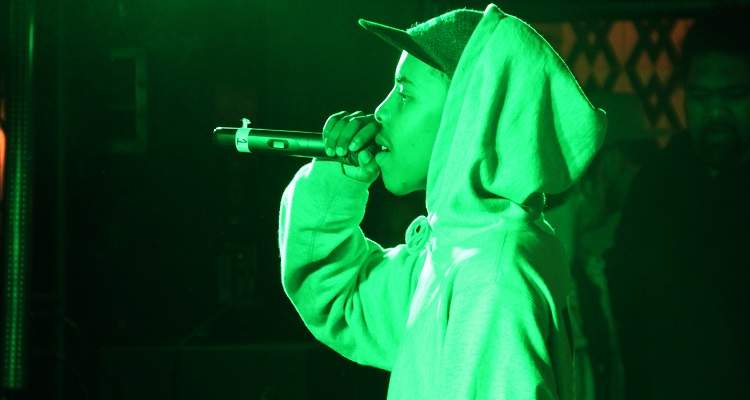 Mach-Hommy doesn’t want a $42 check from Spotify or YouTube.  He wants real fans who are willing to support him.

Two years ago, LA-based rapper Nipsey Hussle made his album available on SoundCloud and Spotify.  Believing that digital music “should be free,” Hussle offered Mailbox Money as a free digital download on datpiff.com.  Hip-hop fans who regularly abstain from low-cost streaming platforms could fork over $1,000 for a physical copy.

Newark rapper Mach-Hommy won’t sell you his latest album for $1,000, though.  Yet, if you still want to spend a hefty amount on ambitious music projects, he has the perfect deal for you.

For just $111.11, you can purchase a digital copy of his latest album, Fete Des Morts AKA Dia De Las Muertos.

The rapper has some bad news for those looking to save some money to support the rapper.  Speaking with Pitchfork, Mach-Hommy confirmed that he has “no plans to reduce the price.”  He also won’t offer the album to stream “for free.”  You can only stream the album via the Bandcamp app after handing over $111.11.

This isn’t the first time that Mach-Hommy has released expensive music.

Earlier this year, the Newark rapper dropped Dump Gawd: Hommy Edition.  For $77.77, you could download a digital copy “in MP3, FLAC, and more.”  Unfortunately, you can’t purchase the album digitally anymore.  If you’d like to spend a ton of money to support the rapper (and not on an iPhone X), you can still pick up a physical copy for $1,000. Earl Sweatshirt produced three tracks.

It remains unclear, however, how much Mach-Hommy actually managed to earn from his previous album.  Yet, glancing over the rapper’s BandCamp product page, over twenty people have supported the ambitious (albeit costly) project. Either that, or they really wanted to listen to three new Earl Sweatshirt beats.