If Music Gives You Goosebumps, There’s Something Special About Your Brain 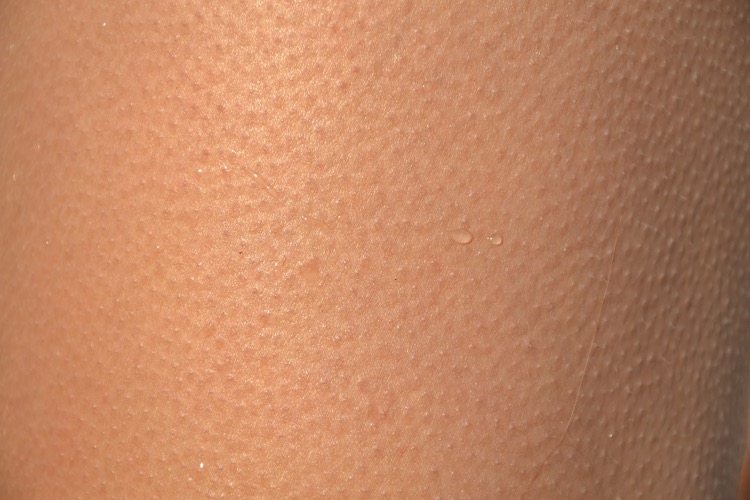 It’s one of those special sensations we couldn’t quite explain — until now.

I’ll never forget the moment I first felt a shiver down my spine while listening to music.  My skin burst into goosebumps, as if the temperature had suddenly dropped 35 degrees.

But the room temperature was steady.

I think I was 13 years old, plunging into classical geekdom headfirst.  And like most things at the time, I had no idea what was happening to my body.

Later that week, my French Horn teacher laughed.  It’s just a feeling that’s hard to describe to most people, he explained.

Little did I know, he was completely right.  But it turns out there’s scientific research to back it up.

According to a scientific study, getting goosebumps from music is a pleasure experienced only by a certain percentage of the population.

In fact, a substantial percentage of people will never experience it — simply because their neurons aren’t linked to create the sensation.

So who’s part of the lucky group?

Matthew Sachs first started studying the phenomenon as an undergraduate at Harvard.   According to Sachs, reactions like goosebumps in response to music indicate a completely different brain structure.  Basically, these people have a denser volume of fibers connecting their auditory cortex to areas associated with emotional processing.  Others lacking that density simply won’t register such a strong reaction.

At this stage, it’s unclear why these connections exist.  But the groundbreaking discovery is that they do exist.

“Our findings provide the first evidence for a neural basis of individual differences in sensory access to the reward system, and suggest that social–emotional communication through the auditory channel may offer an evolutionary basis for music making as an aesthetically rewarding function in humans.”

Here’s how Der Sarkissian, a research assistant at USC’s Brain and Creativity Institute, described the sensation to Nueroscience News.

“I sort of feel that my breathing is going with the song, my heart is beating slower and I’m feeling just more aware of the song — both the emotions of the song and my body’s response to it.”

And the song that provoked that stunning reaction?  Radiohead’s ‘Nude’.

Sachs surmises that these connections could indicate a stronger overall emotional circuitry.  After all, stronger emotional responses are probably not limited to just music.  “The idea being that more fibers and increased efficiency between two regions means that you have more efficient processing between them,” Sachs explained.

(And hey: that may explain broader personality types associated with artists (good and bad…))

But as powerful as these connections are, there’s a group of people that will never experience them.

That’s right: a subset of the human population feels nothing for music.  “Individual variations exist to the point that some individuals report being unable to experience pleasure from music despite normal responses to other rewards (e.g. monetary rewards),” Sachs relayed.

Brain measurements of a ‘chill’ vs. ‘no chill’ group

At this stage, it’s also unclear what percentage of the population has these denser neural circuitries.

That’s because Sachs’ initial test was fairly limited.  In his preliminary study, Sachs studied 20 people, carefully culled from a group of 237 participants.  Of the 20, 10 reported experiencing goosebumps from music (the other 10 had no such reaction).

Sachs is currently pursuing a PhD in psychology and neuroscience at USC’s Brain and Creativity Institute, where he’s been expanding his research.

The findings could have important implications for depression treatments.  After all, those experiencing great pleasure from music are essentially creating the opposite of depression.   “Depression causes an inability to experience pleasure of everyday things,” Sachs explained.

“You could use music with a therapist to explore feelings.”