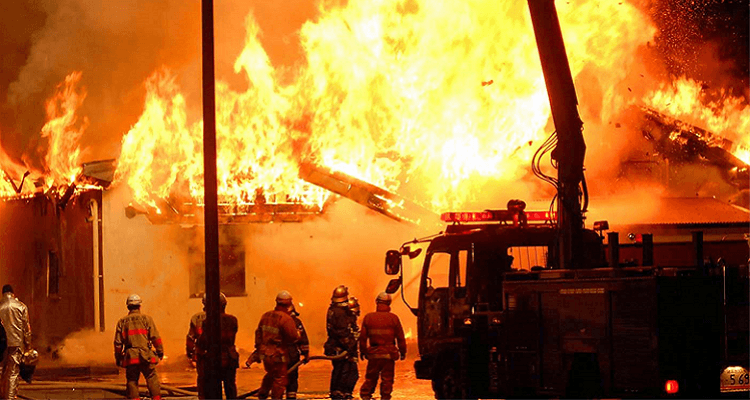 Instead of actually solving the problem, Patreon’s “fixes” seem to have further exasperated content creators and patrons.

As a musician on the popular video platform, he had millions of people watching his videos.  But, he only received hundreds of dollars for his original content.  So, he founded Patreon.

This year, the popular crowdfunding platform has one million monthly active patrons and fifty thousand monthly active creators. Patreon estimates that this year, creators on the platform will earn $150 million.

That number may soon drop substantially, however, as creators and patrons flee the service.  The reason?  The crowdfunding platform recently introduced new service fees.  So, what’s the problem with that?  The fees now directly affect patrons, especially those who donate $1.

Does anyone understand Patreon’s new fees?

Currently, the popular crowdfunding platform takes a modest 5% fee from each pledge.  Starting December 18th, however, patrons will have to pay an additional 2.9% for individual pledges, along with a 35 cent fee.  This change applies to paid posts.

According to the company, creators on the platform would keep a lot more money than ever before. A blog post read,

“With this update, creators will now take home exactly 95% of each pledge with no additional fees. In the past, a creator’s income on Patreon varied because of processing fees every month. They could lose anywhere from 7-15% of their earnings to these fees. This means creators actually took home a lower percentage of pledges than their patrons may have realized.”

Not everyone was convinced, however.

“Some pretty troubling news from @Patreon about changes in how they charge Patrons.  I’m going to lose a lot of my backers over this.  Still looking into it, but I’m very unhappy about this.”

Speaking about the confusion behind the proposed changes directly affecting pledges, he added,

“Still a little bewildered that it’s real, but they’re now going to add an additional 35 to the cost of every pledge, plus another 2.9%, which will increase most of my Patrons’ pledges by more than a third.  I wouldn’t pay that, I wouldn’t expect anyone else to either.”

Patreon had a good thing going.  So, why the proposed changes?

Updating its original blog post with charts, the crowdfunding platform explained how the fees would benefit creators. 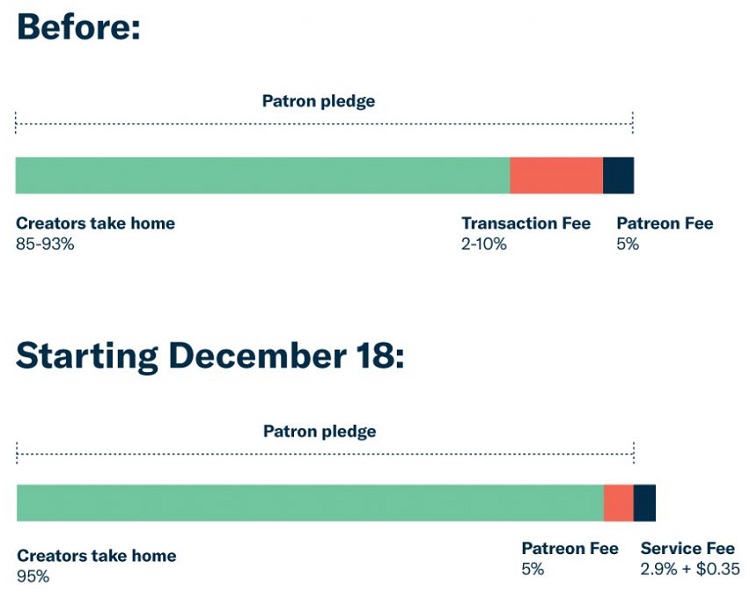 Note that the company had never tacked on service fees prior to the upcoming changes.  In addition, creators can’t choose to cover nor remove these fees.

As with the first announcement, no one bought the company’s story.

Most claim that the service fees will harm artists depending on $1 pledges.  According to one content creator, here’s how Patreon’s fees would work:

“Here’s what I think is happening with @Patreon — this year they raised $60m in Series C venture funds at a valuation of $450 million (after raising $30m last year and more than doubling the company’s size — almost always a mistake).  Yet they make about $8 million per year. 1/10.”

“File the Patreon thing under A Not Surprising Consequence of Buckets of VC Dollars and Barely Any Revenue.”

In a blog post, Dustin explained that he would suspend Smarter Every Day.  Dustin also suspended all Patreon charges on uploaded videos.

“I logged in and saw that over 50 people had canceled support for Smarter Every Day… I don’t understand the issue yet, but obviously, there is one, so for the time being Smarter Every Day Patreon is on PAUSE.  I won’t click the “Charge Patrons” button until we get this figured out.  Obviously, this is a bit of a setback, but it feels right given how much you have helped me over the years!… I sincerely appreciate all you’ve done for me in the past.  Thanks.”

A person who dropped support for Smarter Every Day explained,

“Thanks for doing this Destin.  I was one of those that dropped my support to you… I feel that unfortunately, the only way I have a voice about these changes is to vote with my wallet.”