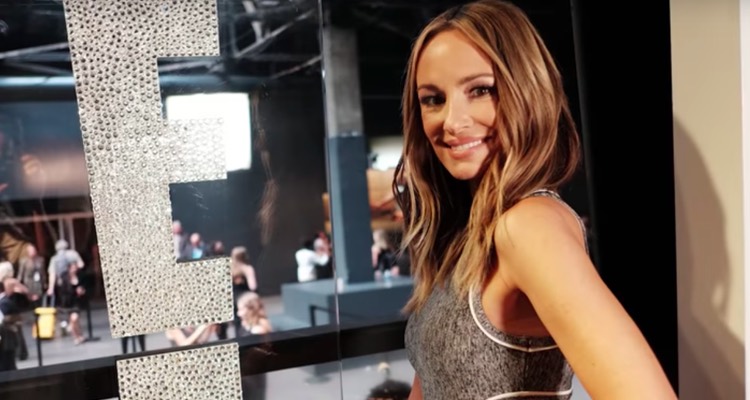 Leading up to the Grammys, a petition circulated asking pop stars to snub E! News at the upcoming Grammys.  The protest follows a wage controversy involving former host Catt Sadler.

E! News will not be hearing the end of their Catt Sadler salary quagmire any time soon, at least not on this evidence.

The 43-year-old caused quite the sensation last December when she quit the network she had so ably represented for almost 12 years, a move she said “required a lot of soul-searching.” Sadler’s bone to pick with E! News was not because of poor pay, as she herself tried to painstakingly make understood.  It was rather “about the gross disparity between two similarly situated equals at the network.”

Sadler explained that she was on the verge of renewing her deal with E! News when an exec told her of a huge disparity between her salary and that of male co-host and friend Jason Kennedy. The single mother of two was “informed and made aware that my male equivalent at the network who I started with the same year and have come up with doing essentially similar jobs, if not the same job, wasn’t just making a little bit more than me but was making double my salary and has been for several years.”

E! was quick to respond and defend themselves, with a spokesman saying in a statement:

“E! compensates employees fairly and appropriately based on their roles, regardless of gender. We appreciate Catt Sadler’s many contributions at E! News and wish her all the best following her decision to leave the network.”

“Catt Sadler and Jason Kennedy had different roles and therefore different salaries. Catt was focused on daytime. Jason Kennedy is on primetime evening news, plus red carpet. Our employees’ salaries are based on their roles and their expertise, regardless of gender. We wish Catt well, but I hope that sets the record straight on that.”

Sadler strongly disagreed, however, asserting that she and Kennedy, 36, are similarly situated on the popular network.

“My experience, frustration and disparity was based on Jason Kennedy and myself being apples to apples,” she told The Hollywood Reporter earlier this month. “We came to the network at the same time and did similar jobs… The only story I can tell is my truth and the truth speaks for itself.”

All in all, the world has been put on alert. The furore kicked up by Sadler has shone the spotlight on not just E! but also other networks and entertainment companies. A similar storm now surrounds Scott Free Productions after reports emerged that, for reshooting his scenes in All The Money In The World, Mark Wahlberg pocketed a cool $1.5 million, while Michelle Williams received just around 1% — less than $1,000.

The outcry also stirred a petition calling for pop stars such as Cardi B, Bruno Mars and Lady Gaga to boycott E! News on the red carpet of Sunday’s Grammys in solidarity with Sadler.

The campaign, hosted by thepetitionsite.com, aimed to acquire 18,000 signatures.  Heading into the event, it attained 17,314.

None of that automatically obliged musicians to shun E! News, of course.  The pleas weren’t ignored, but almost outdone by a rival: a large percentage of attendees — male and female — wore white roses to support the burgeoning ‘Time’s Up’ movement.  Either way, the awareness boost on the topic has been substantial, with E! continuing to battle the controversy.