Quincy Jones Calls The Beatles ‘The Worst Musicians In the World’ 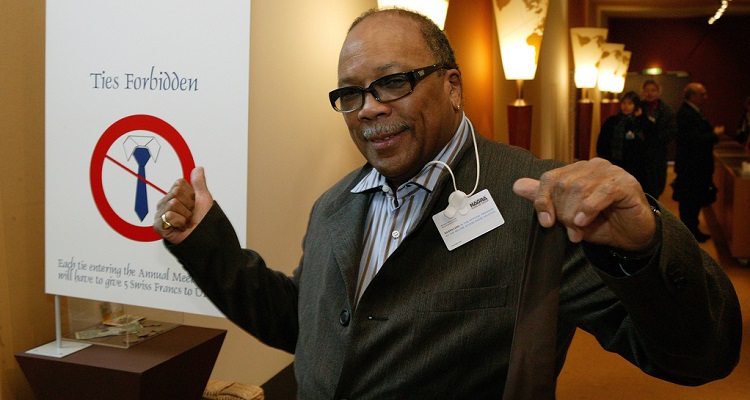 Quincy Jones doesn’t think much of The Beatles, Paul McCartney, and Ringo Starr.

In a lengthy interview with New York Magazine, legendary record producer Quincy Jones called The Beatles “the worst musicians in the world.”  And he wasn’t kidding.

Jones touched upon several topics with interviewer David Marchese.  He claimed that Michael Jackson stole songs from Donna Summer.  According to the record producer, the iconic pop singer plagiarized the riff for ‘Billie Jean’ from Summer’s ‘State of Independence.’

Changing topics, Jones allegedly dated Ivanka Trump twelve years ago, whom he called a “fine motherf——r.”  She had the “most beautiful legs” he had ever seen in his life.  Jones doesn’t think much of her father, though, whom he called “a fu—ing idiot.”

He also thinks that Oprah should run for President.

When discussing his first impressions with The Beatles, he told Marchese,

“They were the worst musicians in the world.  They were no-playing motherf——rs.  Paul McCartney was the worst bass player I ever heard.”

He had an especially poor experience with ex-Beatles drummer Ringo Starr.  Recalling his work on Starr’s 1970 ‘Love Is a Many Splendored Thing,’ Jones lambasted his musical ability.

“Ringo had taken three hours for a four-bar thing he was trying to fix on a song.  He couldn’t get it.  We said: ‘Mate, why don’t you get some lager and lime, some shepherd’s pie, and take an hour-and-a-half and relax a little bit.”

Jones noted that jazz drummer Ronnie Verrell came into the studio to help and “tore it up.”

“Ringo comes back and says, ‘George, can you play it back for me one more time?’  So George did and Ringo says, “That didn’t sound so bad.”  And I said, ‘Yeah, mother——r, because it ain’t you.’”

In the interview, Jones also denounced the state of the music industry, stating that it lacks originality and innovation.

While praising Chance the Rapper, Bruno Mars, and Kendrick Lamar, he claimed that pop music has become stale.  When asked about his greatest musical innovation, Jones said,

You can check out the complete interview here.