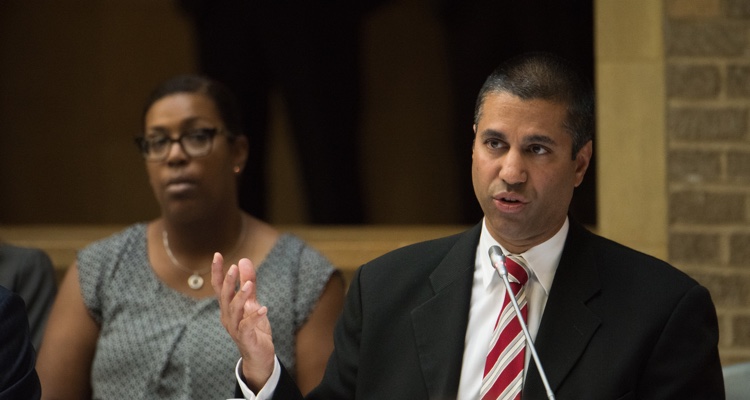 For months, FCC chairman Ajit Pai has been getting broiled over his efforts to dismantle net neutrality.  The once-unknown chairman now battles death threats, security restrictions, and endless accusations of corporate cronyism.  And if Twitter could kill, Pai would be a dead man.

But despite all the hatred, Ajit Pai has never been accused of breaking the law.  Until now.

According to details surfacing this morning, Pai is now under internal investigation for some suspiciously-timed events.

The top-level timeline looks like this: Ajit Pai’s FCC radically changes the ownership rules for television conglomerates.  A few weeks later, Sinclair Broadcasting announces a $3.9 billion acquisition of Tribune Media.  That deal, which would easily create the largest television broadcaster in the US, was impossible under previous FCC rules.

Of course, companies are allowed to take advantage of changes in regulatory law.  But an internal FCC investigation is now looking into whether Pai was actively coordinating those changes with executives at Sinclair.  That includes a number of suspicious meetings, specifically leading up to the rules change.

The investigation has actually been going on since December of last year.  House Representative Frank Pallone (D-NJ) informed the New York Times of the investigation this morning.  “For months I have been trying to get to the bottom of the allegations about Chairman Pai’s relationship with Sinclair Broadcasting,” Pallone told the Times.

“I am grateful to the FCC’s inspector general that he has decided to take up this important investigation.”

The Times itself has unearthed several of the suspicious meetings.  Pai has met numerous times with Sinclair’s top decision makers, but one meeting stands out.  Just days before Pai took the oath as FCC chairman, he met with Sinclair’s executive chairman, David Smith.

But is any of that illegal?

That’s the critical question, and Democratic lawmakers have urged the investigation to include emails, calls, and other important records of correspondence.   But simply meeting and corresponding with a company set to benefit from rules changes isn’t illegal, even if it wreaks of cronyism.

Indeed, critics have blasted Pai’s former employment at Verizon, an obvious beneficiary of net neutrality rollbacks.  But cronyism is different than corruption, though neither are considered good government.  It’s just that the latter can land you in jail.