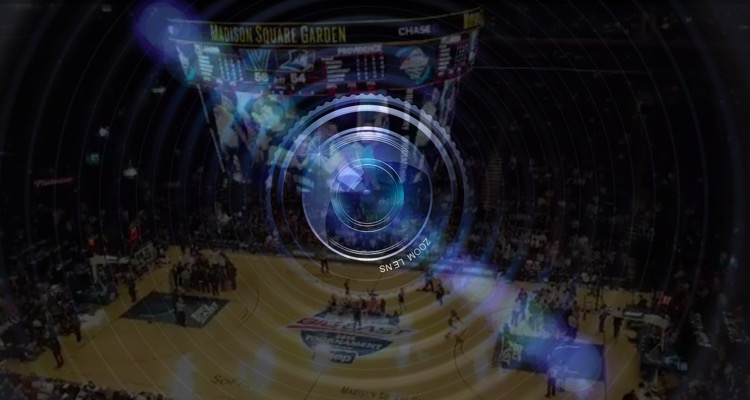 Madison Square Garden is stepping up security — and targeted advertising — in a major way.

Home of the New York Knicks, New York Rangers, and endless marquee performances, Madison Square Garden is arguably ‘the world’s most famous arena’.  But it’s also a serious security target, given its central position in Manhattan.

Accordingly, MSG has already implemented an venue-wide facial recognition system, designed to ID anyone who enters the arena.  Although details are scarce, the New York Times describes it as a system that records anyone enjoying a performance or game.  Anywhere, entering at any time.

Those scans are then potentially matched to a database, where actual identifications take place.  Which is great for security, but most likely also used for some seriously targeted advertising.

And no: you won’t be getting a discount off of your MSG tickets.  But MSG can certainly make a lot more money off you now.

Of course, MSG isn’t the only one doing this.  Public schools, Olympic stadiums, and airports have been using this technology for years.  And if you live in a major city, you’re probably blanketed by cameras wherever you go.

And all that recording, scanning, and recognition is all being stored.  In 2016, researchers at the Georgetown Law Center on Privacy and Technology found out that the FBI has built a massive face recognition database.  The FBI was able to amass information from public documents such as drivers licenses mug shots, and passports.  In total, about 64 million American are now on the FBI’s database — a figure that keeps growing.

But don’t worry, it’s the FBI — so your data’s definitely safe.

+ Airport Security: Coming to a Concert Near You!

Madison Square Garden isn’t the first — and won’t be the last.

Unsurprisingly, people have raised concerns about MSG’s deployment.  MSG hasn’t denied or confirmed the report.  And although it is not technically illegal, privacy advocates are objecting to the widespread use of recording devices and databases.

“MSG continues to test and explore the use of new technologies to ensure we’re employing the most effective security procedures to provide a safe and wonderful experience for our guests,” MSG offered in a canned statement.

It’s all silent surveillance without consent.  “Facial recognition can be used for general surveillance in combination with public video cameras, and it can be used in a passive way that doesn’t require the knowledge, consent, or participation of the subject,” says the American Civil Liberties Union (ACLU).

Of course, this isn’t the kind of thing that MSG wants to publicize.  But don’t be surprised when you suddenly get a complimentary $1-off coupon to your favorite beer.