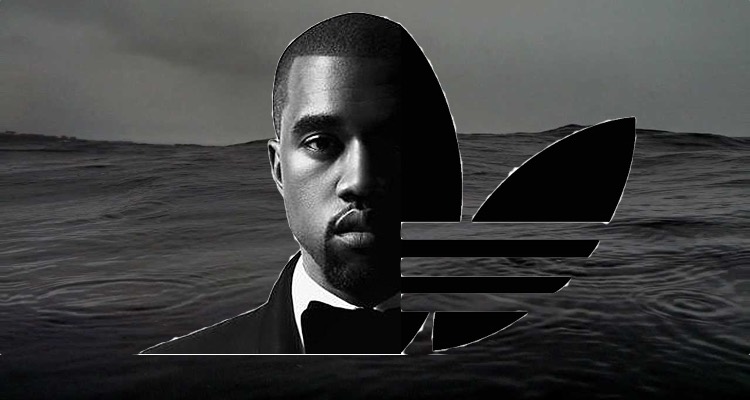 So what does Adidas stand for, anyway?

Kanye West’s latest pro-Trump rants and racist invectives are hardly the stuff that marketers dream of.  But maybe Adidas already knew what they were getting into.

The question is whether Adidas is about to permanently tarnish their brand.

In a recent ‘conversation’ with Harvey Levin and Charles Latibeaudiere on TMZ Live, Kanye claimed that black people chose to remain enslaved for centuries.  As in, they could have just decided to do something else.

Kanye’s diatribe, which reeks of mental problems, went something like this:

“When you hear about slavery for 400 years.  For 400 years?!  That sounds like a choice.  You was there for 400 years and it’s all of y’all.  It’s like we’re mentally in prison. I like the word ‘prison’ because ‘slavery’ goes too direct to the idea of blacks. Slavery is to blacks as the Holocaust is to Jews. Prison is something that unites as one race, blacks, and whites, that we’re the human race.”

Kanye apologists say this is all attention-getting blather.  But those apologists, which include the likes of Chance the Rapper, are getting sucked into controversies that are proving difficult to control.  It’s bad association, especially when white supremacists are starting to agree with the rapper.

On Darden’s show on Hot 97 the next morning, he tweeted, “‘The Kanye boycott has begun.'”

So is it time to boycott Adidas?

Kanye West is officially a designer and celebrity ambassador for the shoe and athletic brand.  Of course, that association has cost Adidas millions to build, if not hundreds of millions.  That makes it hard to simply cut ties.  But the problem now is that Adidas may find themselves boycotted by consumers who simply don’t like the association.

Already, Adidas CEO Kasper Rørsted has disassociated himself from Kanye’s statements.  But the company is standing by him.  Rørsted said in an interview with Bloomberg TV that “there clearly are some comments we don’t support,” but that “Kanye has been and is a very important part of our strategy and has been a fantastic creator”.

He further added that West and his Yeezy footwear brand are a “very important part of our brand from a revenue standpoint and how we promote our products.”

Meanwhile, Boycott Adidas initiatives are gaining steam.  And let’s face it: the next Kanye outbursts will probably be worse.  All of which could force Rørsted to reconsider things down the road.