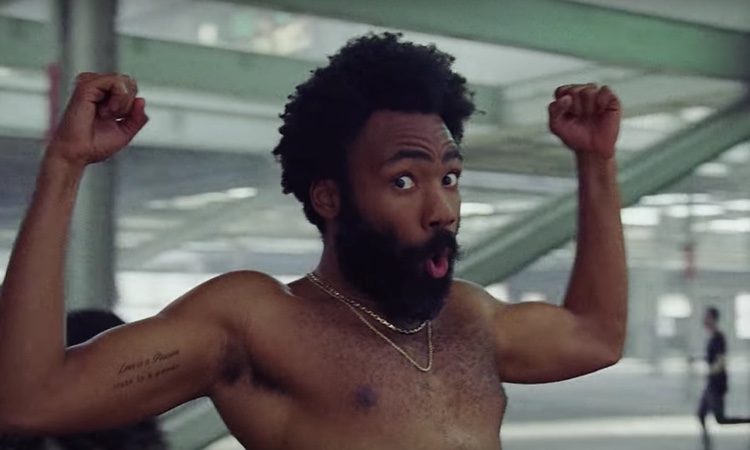 If you use YouTube in any capacity, no doubt you’ve at least come across the music video for Donald Glover’s (aka Childish Gambino’s) latest music video ‘This Is America’.

It’s a song that acts as a political commentary on how life is in America for African-Americans.  And to say that the song is a hit, would be a huge understatement.

‘This Is America,’ debuted at the top of the Billboard 100, knocking off Drake.  It’s Childish Gambino’s very first No.1 song.  Ten days since its release, the music video for ‘This Is America’ currently sits at 123 million views and 3.5 million likes.  And these figures don’t seem to be slowing down.

The digital figures for Gambino’s other music have seen a healthy boost as well.  A 114% increase in streams to be exact.

Moreover, the success of ‘This Is America’ has multiplied the physical sales of Gambino’s past albums in the past week as well.  All three of Gambino’s past studio albums have found themselves back in the Billboard Hot 200, with his last release, Awaken My Love!!, reaching No.45.

But the thing is, ‘This Is America’ isn’t groundbreaking in any way from a musical standpoint.  Whilst Gambino always reinvents himself with every release, ‘This Is America’ is a Childish Gambino song through and through.  Any longtime fan of the eccentric, somewhat indie music artist knows this.  So why has this one song had such a huge effect and caused his older albums to be brought back into relevance?

Regardless of whether or not you are interpreting the message behind ‘This Is America’ as Gambino would like you to, the general tone of the song is pretty clear-cut.  And the message resounds strongly with a large number of people in America, African-American or otherwise.

The social and political climate of the United States is not in a great place right now, and when someone comes out speaking words you could hear yourself saying, then chances are you’re going to rally behind that person. That’s how human nature works.

It was the same back in the glory days of ‘Linsanity’, when Jeremy Lin, a humble Chinese American Harvard graduate found himself thrust into the spotlight and spearheaded one of the most exciting periods in NBA history.  Few Asians, American or otherwise, were players in the NBA, so when Jeremy Lin suddenly became a star overnight, Asian-Americans, even those with little to no interest in basketball rallied behind him.

‘Linsanity’ memorabilia flew off the shelves and were outselling the merchandise for even the NBA’s biggest stars such as Lebron James and Kobe Bryant.  Jeremy Lin wanted to prove that Asians could ball amongst the best of them, and people were more than happy to support his efforts.

“This Is America” will remain a popular song for years to come.  It came at just the right moment and will continue to be analyzed and interpreted and misinterpreted by millions of people.  Some may get it right, others will get it wrong.  The one thing that rings true, however, is that the Childish Gambino is now a household name.