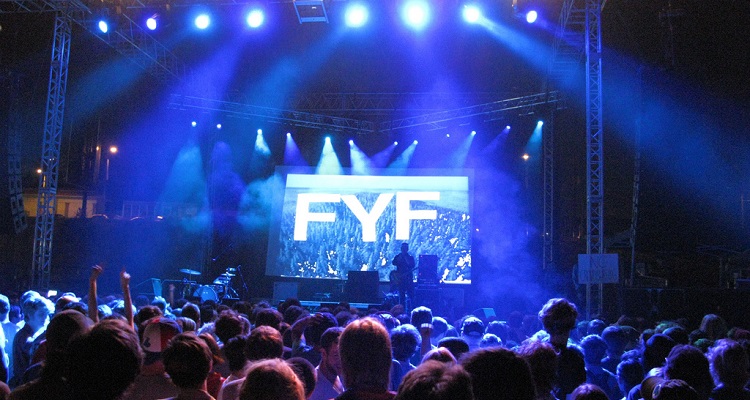 Despite removing the troubled R&B singer from playlists on its service, Spotify still prominently features R. Kelly merchandise on sale.  The streaming music platform still has the artist’s merchandise page active, complete with an affiliate link that takes fans to a third-party site that sells the product.  Without removing the page, the company has since stated that it “doesn’t take any percentage of merch sales on the platform.”

The most popular wedding and first dance songs.

YouTube has confirmed that it will roll out its new streaming music service on May 22nd.  Dubbed YouTube Music, the $10/month service will replace YouTube Red, now known simply as ‘YouTube Premium.’  YouTube Music will combine millions of “official” tracks along with the same user-uploaded music already found on its video platform.  Users who want to watch original programming – including Cobra Kai and What The Fit – will have to pay $12/month.  The service will roll out in 5 countries, including the US and Mexico.  It will also eventually replace Google Play Music.  Here’s everything we know about this new service so far.

Ahead of the launch of its streaming music service, YouTube has now added artist, songwriter, label, and publisher credits to over 500 million videos on its platform.  The feature will provide credits and discovery information on both official music videos and user-generated content with recorded music.

Yet another blockchain startup vows to ‘save’ the music industry.

Relatively unknown music startup Younk has announced that it will make the music industry accessible and profitable for both artists and the listening community.  Dubbed the ‘first decentralized community label,’ the blockchain-based platform allows fans to discover, support, and co-own hits.  The startup has invited music artists to join the platform with private pre-sales starting on May 18th.

Support Act, an Australian charity organization, has outlined plans for the Australian music industry’s first 24/7 wellbeing helpline.  The organization unveiled the initiative during Music in the House, its annual fundraising luncheon.  Support Act will offer professional counseling free of charge to anyone working in the industry.  The completely confidential helpline will see mental health professionals help those in need.

‘The Four’ finalist Zhavia Ward has signed to RECORDS, a joint venture with Sony Music through its Columbia Records label.  Republic Records had reportedly passed on the signing.

LAFC Sports, owned by Tom Penn, has announced the formation of Banc of California Stadium Entertainment (BOCSE).  Adam Friedman will serve as President of BOCSE and Executive Vice President of LAFC Sports.  Based in downtown Los Angeles, he’ll report directly to Penn.

Fender has made its exclusive $35 Riffstation desktop application absolutely free on macOS and Windows.  Riffstation allows users to see the chords for any MP3 or CD track.  Users can slow down or speed up the music.  They can also transpose pitches, select portions of tracks to loop and learn, isolate instruments, play along with a metronome, and view chord shapes for guitars.

British politician Jeremy Corbyn has urged supporters and MPs to back his party’s Labour Live Festival in London next month.  According to Huffington Post UK, the music festival has only sold around 15% of its total ticket allocation.

Has Yanni finally solved the Yanny vs. Laurel debate?

Greek icon Yanni has chimed in on the viral Yanny versus Laurel debate.  On a video posted on his Twitter account, the music producer and composer gave his answer – Yanny.  The viral debate started when Roland Szabo, a high school, polled his Instagram followers with the sound snippet.  Popular YouTuber Cloe Feldman then asked the question on Twitter.

Following the cancellation of the event, organizers have announced makeup shows for FYF Fest.  My Bloody Valentine, Car Seat Headrest, Stephen Malkmus, and others will now give makeup shows between June 17th to the 22nd, with a special performance by Kali Uchis on September 21st.

Live Nation and TCG Entertainment announce “4U: A Symphonic Celebration of Prince.”

Live Nation Urban and TCG Entertainment have announced the inaugural 4U: A Symphonic Celebration of Prince concert tour.  The 35-stop North American tour will officially start on September 8th at the Wolf Trap Amphitheater in Washington DC.  It will end on October 21st at the Arvest Bank Theatre at The Midland.

The sixth annual Medicine Stone music festival heads back to Diamondhead Resort in Tahlequah, Oklahoma.  The three-day live music retreat will take place September 20th to the 22nd.  Tickets will go on sale on June 1st at 9:00 am CT.  The 2018 lineup includes Jason Boland, Turnpike Troubadours, Randy Rogers, and Jamie Lin Wilson, among other musicians.