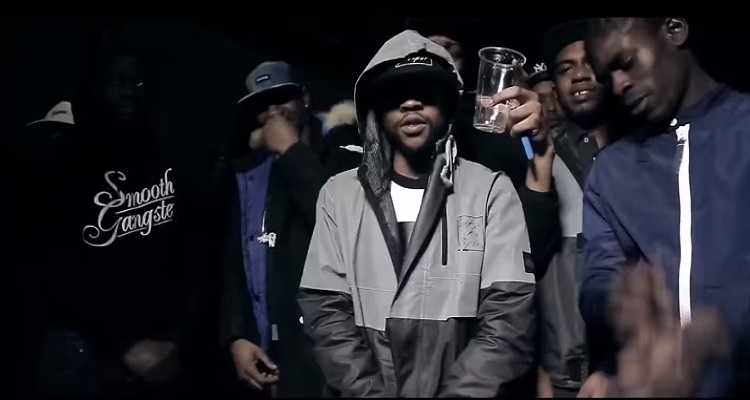 So, what’s the root of all of society’s woes?  According to Scotland Yard, drill music on YouTube.  Never mind the massive poverty affecting many young black Londoners.

“Drill music is associated with lyrics which are about glamourizing serious violence: murder, stabbings.  They describe the stabbings in great detail, joy and excitement.  Extreme violence against women is often talked about.”

The police commissioner added that in London, gangs make drill videos to taunt each other.

Scotland Yard had originally asked Google to delete 50 to 60 videos.

Pressplay, a company that promotes drill music videos, issued an apology to fans following the news.  Pinning the blame solely on Metropolitan Police, the music company posted on Instagram,

“The police and the main police commissioner has forced YouTube to take down some videos.”

But is this just a lame excuse to ban rap music?

It appears so.  Let me explain.

According to the Sunday Times, drill music should be blamed for the recent waves of murders in major British cities.  The report featured the following sensationalist headline.

“Murders and stabbings plaguing London and other cities are directly linked to an ultra-violent new form of music sweeping Britain.”

The Times cited several incidents were British MCs challenged each other on drill rap tracks.  Taunts posted on social media by rival gangs would immediately lead to violence.

In fact, one recent stabbing shook up the country.  A 17-year-old drill artist, Junior Simpson, murdered 15-year-old Jermaine Goupall.  A court heard the following song posted by Simpson prior to the stabbing.

The 17-year-old artist reportedly murdered Goupall in the same exact way a few blocks away from his home in South London.

“You suggested they were just for show but I do not believe that and I suspect you were waiting for the right opportunity for an attack.”

He sentenced Simpson to life in prison.

Goupall’s father, Stanley, described the anguish he felt after hearing about his son’s murder.

“I just felt like I was going to collapse, I just felt like the light’s out for me.  That’s your worst nightmare to see a child who you love in pain.  I was angry, I was upset, I was mad, I was everything in the world.

“The mindset behind the music is a demonic mindset in places.”

No one can deny that this incident was tragic.  Yet, drill music can’t specifically force people to commit these heinous crimes.  Speaking with The Guardian, drill DJ Bempah argued that the genre only reflects the reality affecting many young black Londoners.

“If that’s what you see in your environment, as an artist, that’s what you portray in your lyrics.  [The music] can glamorize [violence], but it can’t force your hand to commit those actions.”

He has a point.  In Britain, drill artists often live on or below the poverty line.

Blaming a music genre for the sudden rise in crime isn’t new.  In the past few years, British authorities have blamed the rise of a cannabis strain – skunk – on grime music.

To combat grime music, the London Metropolitan Police introduced a controversial initiative – Form 696.  The document asked for the names, stage names, addresses, and phone numbers of every artist and promoter in the country.  Originally introduced in 2005, Form 696 unfairly targeted grime musicians – mainly black Londoners.  After heavy criticism, including from the city’s mayor, the Metropolitan Police scrapped the initiative late last year.

Speaking on the outcry against drill music, MC Abra Cadabra, 20, said that authorities have merely blamed a complex social factor on the genre.

“Targeting musicians is a distraction.  The cuts that affect schools, youth clubs, social housing, benefits, are making life harder for the average person living on or below the poverty line in this city.  There are people doing mad things, not because they want to, but because the situation has forced them to.”

In fact, he says, conflict is normal in rap music.

“Beef has always been part of rap music.  Whether it’s a Tupac song or a Giggs song, challenging the competition comes with the territory.  I think anyone listening to my music understands this.”

But will authorities in the UK listen?

YouTube, however, will likely remain neutral in the matter.  A spokesperson said,

“We have a dedicated process for the police to flag videos directly to our teams because we often need specialist context from law enforcement to identify real-life threats.  Along with others in the UK, we share the deep concern about this issue and do not want our platform used to incite violence.”

In fact, after speaking with the Google-owned video platform, Pressplay wrote that the company may ultimately reverse its decision.

“[The clips] will probably be back up in the next few weeks.”