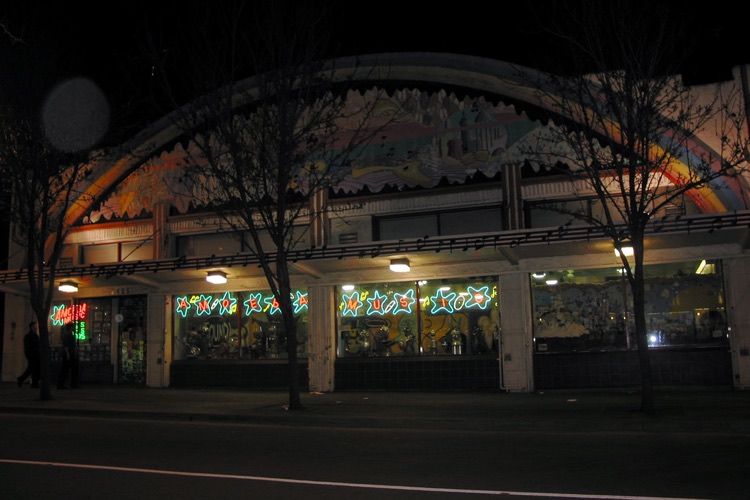 California has legalized weed, which means that lots of businesses are making the drug a little bit more accessible to the public.  But this ‘seed’ of this idea was planted years earlier.

It turns out that Amoeba’s co-founders, Marc Weinstein and Dave Prinz, came up with the idea to combine the famed Northern California record shop with a pot shop in 2012.  That’s roughly when they started noticing a decline in sales.

“Music, in some ways, is such an uplifting product for humans,” Weinstein recently told Billboard. “And we thought, weed is just another inspirational product that we can get behind with our hearts and souls.”

More specifically, the adjacent location is 2465 Telegraph Ave., just blocks from the UC Berkeley campus.  Actually, the cannabis store is located in Amoeba’s old jazz and classical sections, which speaks volumes on how things have changed.  Last month, Hi-Fidelity enjoyed a ribbon-cutting ceremony with the blessing of Berkeley mayor Jesse Arreguin.

“I think this is the missing piece of the block,” Prinz told the East Bay Express. “Berkeley has been the easiest to deal with, out of anything we’ve done… I never thought I’d be part of another ribbon-cutting on this street.”

If all goes according to plan, the new business will create a significant boon to the iconic record store.  The owners are projecting to gross $10 million in sales per year, thanks to a pretty well-targeted demographic.

That will hopefully add to a still-growing vinyl trend.  Billboard reports that Amoeba’s CD sales have gone down 40% over the past five years, though vinyl remains another important ‘growth product’.