Canada’s Music Industry Proposes a $3.50 ‘Copying Tax’ on Every Smartphone 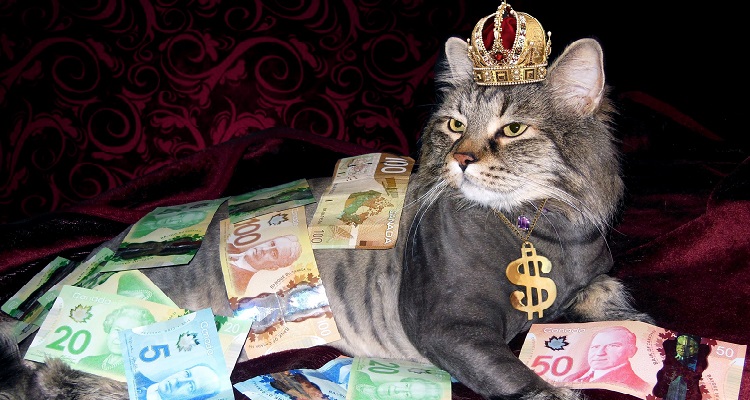 Any way you look at it, the Canadian Private Copying Collective’s ‘copying tax’ is nothing short of a selfish cash grab.  Even worse, because of pressure from the music industry, the initiative may ultimately succeed.

The Canadian music industry wants lawmakers to pay a notable fee for every single smartphone sold in the country.

University of Ottawa law professor Michael Geist first made the discovery after finding documents under the Access to Information Act.  The Canadian Private Copying Collective (CPCC) pitched the idea to lawmakers last September.

The collective has already successfully lobbied for a blank CD tax in the country for “potential use in private copying of music.”  They’ve also unsuccessfully pushed for a tax on iPods, iPhones, and SD Cards.

According to the CPCC’s proposal, the federal government should charge consumers a $3.50 ($2.69 in the US) tax.  The collective argues that smartphones have the ability to hold music copied by consumers.  Of course, the European Union already has a similar measure in place – the private copying levy.  The fee varies by country.

Lobbying for the ‘copying tax,’ the CPCC reportedly told lawmakers that “legislative reform” would take a long time.

So, when meeting with senior officials at the Canadian Heritage – including Deputy Minister Graham Flack and Chief of Staff Leslie Church – the collective urged the Canadian government to pay a $40 million fee for the next four years.  In total, the CPCC would receive $160 million ($123 million in the US).  The collective also met with other notable politicians in the country, including Dan Ruimy, Peter Van Loan, and Pierre Nantel.

In his blog, Geist listed three arguments against the collective’s proposed ‘copying tax.’  Lambasting the CPCC, he wrote,

“The demand is striking for several reasons.”

First, he argues, copying of music onto smartphones in the country has “gradually diminished.”  More Canadians – along with music fans in other countries – now choose to stream music instead.  This, of course, removes the need to copy personal music.

Second, even government officials have noted that ‘private copying revenues’ have declined in many countries around the world.  These include Japan, Portugal, and Poland.  So, what purpose would a copying tax serve?

Third – thanks to streaming music services – the Canadian music market has grown much faster than the world average.  Geist argues that Canada has become the sixth largest music market in the world, beating out Australia.  In fact, in just four years, music collective SOCAN’s revenue increased 1,350% to $49.3 million ($37.9 million in the US) in 2017.

In short, in this writer’s view, the CPCC’s ‘copying tax’ appears to be nothing more than a senseless cash grab from a greedy music collective eager to capitalize on lawmakers’ ignorance about the rise and impact of streaming services.

Only time will tell whether Canadian lawmakers will bow to pressure from the CPCC and the music industry.