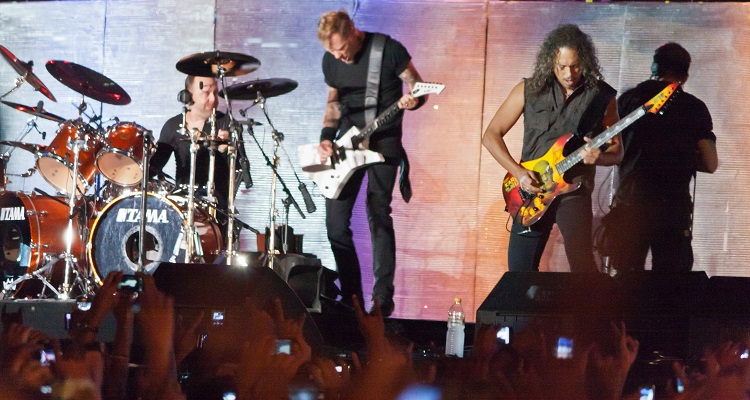 Nearly half of all female festivalgoers are sexually harassed.

Don’t expect to find the tickets you’re looking for on Viagogo — even if they’re advertised.

An ITV news investigation has found Viagogo advertises tickets it doesn’t have.  Undercover footage shows a Viagogo employee sent to buy Ed Sheeran tickets from scalpers at a recent concert.  Sheeran had previously banned the company from selling tickets to his performances.

Former Russian piracy hub Vkontake has reported 1.5 million subscribers to its legal streaming music service.  While small, the legitimate service is high compared to others in the country.  And breathtaking (if true) for a notoriously pirating site.

A federal judge has ruled that Fyre Festival founder Billy McFarland will have to remain in jail for another month.  His initial sentencing has also been pushed back to July 26th.  He awaits sentencing on charges of duping investors.  Last week, federal prosecutors hit McFarland with new wire fraud and money laundering charges.

Jay-Z will serve as a consultant for Puma.

Puma Basketball has named Jay-Z as Creative Consultant.  He will help in directing art design and the overall concept of the brand.

Virgil Abloh gets own show on Apple Music.

Designer and DJ Virgil Abloh has announced his own show on Beats 1 Radio.  Recorded in Paris, the show debuted Monday, June 18th.

TIDAL has the most tracks on any streaming platform, and Amazon the least.

According to a new report from Mac Observer, TIDAL has the largest song library in the world.  The Jay-Z owned service has 50 million tracks.  Apple Music reportedly has 45 million and Spotify 35 million.  Amazon Prime Music has the lowest with just 16 million tracks.

Dr. Dre has started work on a film about Marvin Gaye — and the family has granted approval.  He has also secured the rights to Marvin Gaye’s music catalog, including ‘What’s Going On’ and ‘Sexual Healing.’

Metallica has confirmed that they will donate the monetary portion of their Polar Music Prize to three charities.  50% will go to Stockholm City Mission, which focuses on helping the homeless people in the city.  25% will go to the World Childhood Foundation, which prevents the abuse of vulnerable children.  The remaining 25% will go to the Afghanistan National Institute of Music.

Migos, an Atlanta rap group, will receive the ASCAP Vanguard Award at the 31st annual ASCAP Rhythm & Soul Music Awards.  Quavo, Offset, and Takeoff, members of the group, will attend the ceremony.  Previous honorees include Kendrick Lamar, Dua Lipa, Diplo, and the Beastie Boys, among others.

Sigrid, the BBC Sound of 2018 winner, has announced a new tour in the UK and Ireland.  The five-date tour kicks off November 4th in Birmingham and ends November 12th in London.