The European Union, Canada, and India are Strengthening Their Net Neutrality Laws to Ensure They Don’t End Up Like America 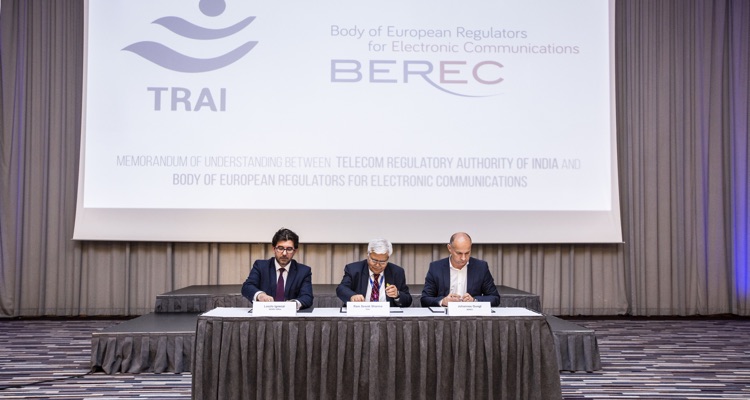 The European Union, India, and Canada are taking steps to make sure that the internet will remain open.  In fact, they’re actually adding new protections to avoid becoming the U.S.

India and EU countries already have net neutrality statutes.  But given the recent rollback of net neutrality protections in the United States, legislators in both regions are reinforcing their statutes.  And a similar doubling-down is happening in Canada, where lawmakers are trying to protect against their version of FCC chairman Ajit Pai.

The resulting ‘BEREC-TRAI Joint Statement for an Open Internet’ can be found here.

“We consider that the internet will continue to be an enabler of growth and innovation for countries like India who can use technology to leapfrog to the next stage of development,” said Dr. Ram Sewak Sharma, Chairman of the Telecom Regulatory Authority of India (TRAI).  “Therefore, it is important that the internet is kept as an open and non-discriminatory platform.”

“Our MoU with BEREC gives us an opportunity to not only work closely together in areas like net neutrality, but also to collaborate in areas where the EU has adopted a very effective regulatory framework like consumer protection, broadband development and promotion of NGA roll-out ”

The document calls for a uniform set of parameters to ensure an open internet.  In the short document, the representatives concurred that there simply must be an equal treatment of internet traffic.  Additionally, the consortium called for case-by-case assessments of zero-rating practices, which involve tricky data allocations for preferred services (and hence, discrimination against others).

And this is the most amazing part: although these countries have already implemented regulations regarding net neutrality, they now want to go a step further.

This is mainly because net neutrality keeps evolving, making it a moving target for both legislators and ISPs alike.  That means plugging loopholes and protecting against major ‘donations’ aimed at opening exceptions.  In that light, the collaboration was viewed as a united initiative to bolster net neutrality protections ahead.

A few weeks ago, in an unprecedented move, all three major political parties in Canada voted to support Liberal MP for Oakville John Oliver ‘s Private Members’ Motion — M-168.  Oliver simply simply wants Canada to avoid becoming the U.S., plain and simple: “As our neighbors to the south try to save their own net neutrality regulations, I believe it is time for Canadians to address this issue directly and act to protect our own,” Oliver stated.

Other countries are expected to follow suit.  The FCC officially repealed net neutrality in the U.S. last Monday, a move that’s causing major international ripples.  Indeed, the FCC’s rollback is causing a groundswell among internet users throughout the world, many of whom fear a similar loss of rights.