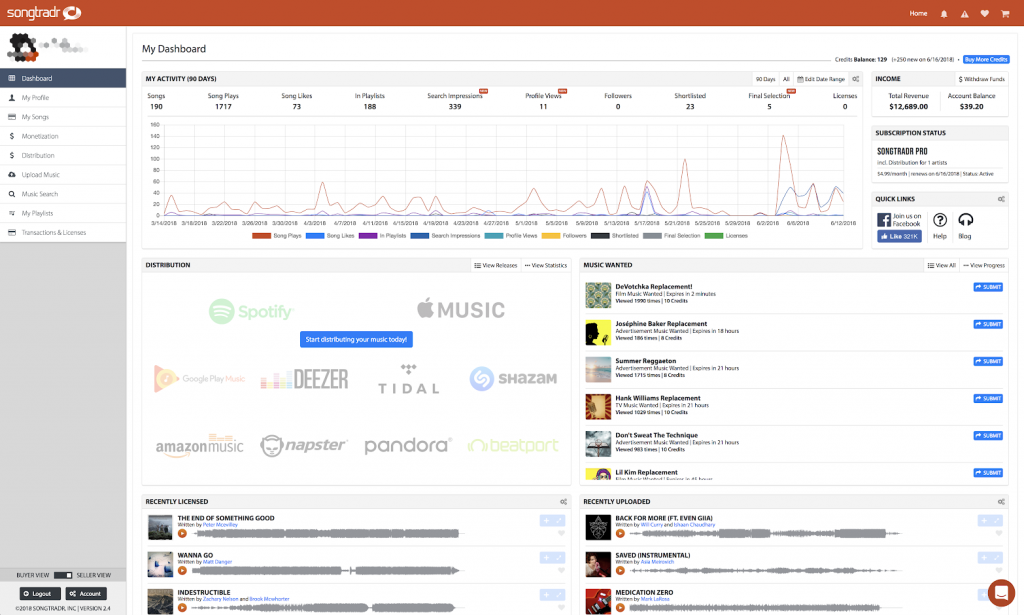 What’s the point of digital distribution if it isn’t driving anything beyond ‘exposure’ and a modest paycheck?

The following is part of our ongoing series on sync licensing. We’d like to thank Songtradr for partnering with DMN to break this news.

Sure, most digital distributors will get you onto every streaming and download service within a few days.

That’s a tricky question for most artists and labels, especially since streaming revenues rarely amount to anything substantive.  Even artists with millions of monthly streams still need to hustle, and lucky is the indie label that pays its bills on streaming alone.

It’s easy to scapegoat Spotify, especially since they’re not prioritizing artist royalties.  But there’s also a lot more money beyond simple streams and downloads.  Potentially millions in additional revenues are waiting to be unlocked by artists if they’re able to leverage their streaming data.

According to Songtradr CEO Paul Wiltshire, artists are constantly amassing valuable demographic data on streaming services, but rarely using it.  So Songtradr, a company specialized in sync licensing, is launching a distribution service with smart data aggregation in mind.

The distribution offering is now live, and already bundled for Songtradr’s Pro subscribers at no extra cost.  “The launch of our distribution services provides Songtradr with the unique ability to utilize artist streaming data to recommend and match music for sync and other forms of licensing,” Wiltshire told us. 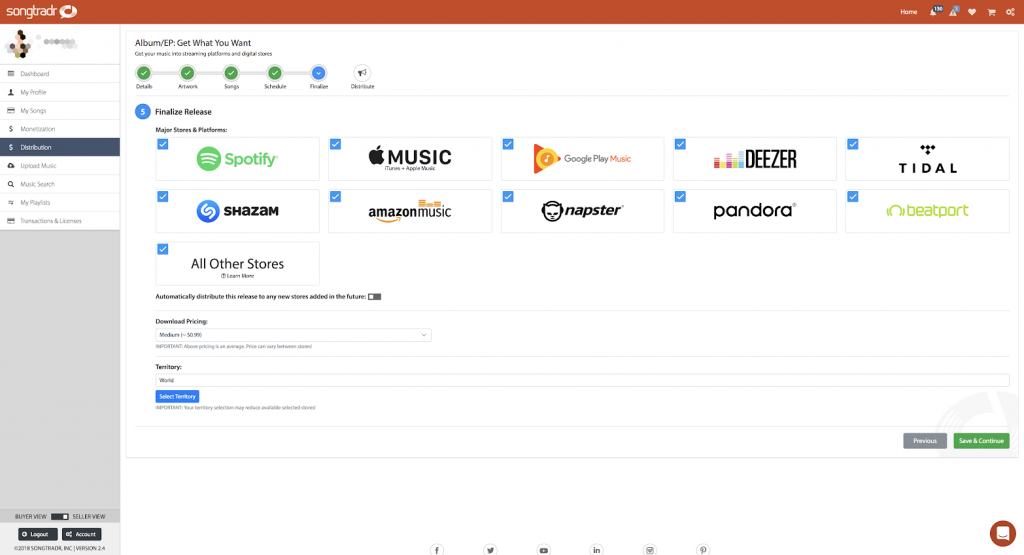 Songtradr has spent the past few years expanding the market for sync licensing (sync is short for ‘synchronization,’ and refers to any license involving music and video action, including film, TV, and ads).  Instead of archaic handshakes between brands, producers, and music supervisors, Songtradr offers a platform for matching songs with advertisers, Hollywood studios, and TV producers.

So if Nike needs a heart-thumping soundtrack for a FIFA spot, it can shop on Songtradr, pre-clear the licensing, and ink a usage deal.  But how does Nike know that the song will match its targeted demographic?

Actually, the answer to that question often involves a lot of guesswork.  If 18-24 Brazilian males are a target, then Nike would be forced to make some educated guesses based on groups that are resonating with that general demographic.  Sometimes they’re right on target, other times they’re off. It’s an imprecise art, and one that Songtradr believes it can fix, while driving a lot more money to the tightly-targeted artist.

Over the course of 3-6 months, Songtradr can amass thousands of data points from an artist’s streaming and other activity.

The idea is to utilize the data on Songtradr’s existing licensing platform, and give brands, filmmakers, TV producers, and other content creators an incredibly detailed idea of who’s listening to an artist or band.  All of which makes it far more likely to find music that makes sense for a target audience.

This type of integrated intelligence has never been properly leveraged by the industry and Songtradr is now making it available to labels and artists of all sizes, connecting them to a global licensing marketplace and increasing their earning potential.  Included is a suite of real-time analytics, pulled from a number of critical streaming platforms as well as Songtradr’s own licensing centric analytics.

Although Songtradr says it’s aiming to provide the best distribution tools, Songtradr’s main priority remains sync and other forms of licensing.  Accordingly, the company is handing artists 100% of their royalties, and including the distribution services for no extra cost for existing Pro subscribers.  Everything is bundled, so no hidden fees or charges.

The combination could be game-changing.  For artists and labels already chasing sync clients on Songtradr, this is a pretty competitive solution.  In fact, it’s probably a good replacement for a separate distribution platform, especially since the same basic suite of services is included, along with free extra perks like artwork design, UPC and ISRC codes, etc.

The synchronization market looks like it’s about to boom. But that growth can only happen with more sophisticated solutions.

The 20th century sync licensing model involves manual systems and lots of middlemen.  But that model is failing to meet the demands that brands and producers now face. There are more ads, shows, and films than ever before, and licensing all the music required can be extremely demanding.

The quick-n-dirty solution to that problem is to grab stuff online, and make matches that seem to make sense.  But without vetting the data properly, brands can blindly match a ‘vibe’ without matching their actual target customers.  That’s the problem that Songtradr is aiming to solve, with advertisers, filmmakers, and TV studios ultimately realizing far better, tighter-fitting musical matches.