YouTube Penalizes a Musician — for Infringing His Own Copyright 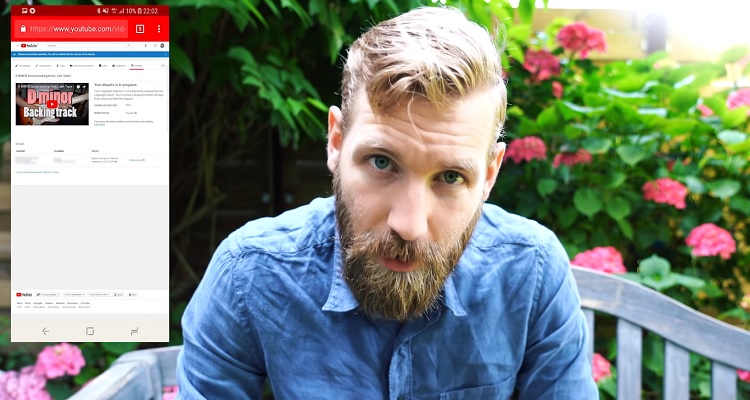 This all started two years ago, when Paul Davids shared his latest track on YouTube.  The Dutch guitarist doesn’t have millions of followers, though he does have a subscriber base of about 625,000.  Davids also loves teaching people how to play the guitar on his channel.

One day, after uploading his track, YouTube got in contact with Davids.  He had apparently infringed on another YouTuber’s track.

But, here’s the thing – Davids was actually ‘stealing’ his own song that someone else had stolen.

Right after uploading his track, another YouTuber uploaded the same song, but with vocals and guitar added.

The video platform immediately claimed Davids – not the other YouTuber – stole the work.  So, YouTube demonetized the Dutch guitarist’s original track.

Speaking with the BBC, Davids explained,

“Someone took my track, added vocals and guitar to make their own track, and uploaded it to YouTube, but I got the copyright infringement notice!”

YouTube regrettably didn’t help much.  So, Davids went in search of the offender.  After a short conversation on Facebook, where the Dutch guitarist flat-out accused the person of copying the work, the other YouTuber merely replied,

“That’s quite odd since I wrote and recorded it.”

YouTube has yet to issue a statement addressing the problem.

In an attempt to appease copyright holders, Google installed a ‘digital fingerprinting’ system in 2007. Dubbed Content ID, the system would automatically scan user-generated content on the video platform to identify and take down infringing works.

Eight years ago, YouTube prevented Justin Bieber from uploading his new song.  Someone had apparently uploaded ‘Pray’ first.  The video platform eventually corrected the issue, but not before blaming Bieber’s label first.  On Twitter, the company tweeted,

“@justinbieber sorry about the upload pain around ‘Pray.’  That’s between you and your label but we love you [both] so let’s figure this out!”

“It’s not like he will make tons of money with it.  It’s OK.  It probably happens all the time.”

You can check out Davids’ story for yourself below.