Streaming Exclusives Are Back! — Thanks to Amazon Music 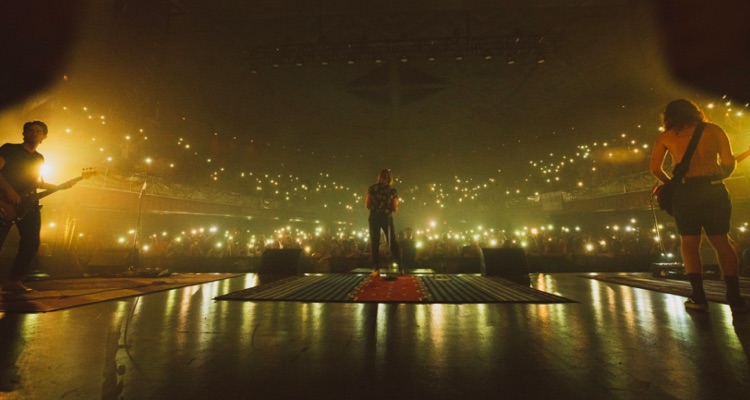 Back in 2016, Universal Music Group chairman Lucian Grainge banned streaming music exclusives.  But that decree only goes so far…

As of Thursday (July 12th), alternative/rock group Awolnation has released the brand-new remix version of their hit song “Handyman.”   Sounds like a nice treat for Awolnation faithful — but only those that happen to use Amazon Music.

The track is only available for purchase or streaming on Amazon Music, part of an exclusive fashioned as one of the website’s “Amazon Originals.”

The original version of the song appears on Awolnation’s 2018 album, Here Come the Runts.

The move follows a string of controversial exclusives across platforms like Spotify, Apple Music, and Tidal.  Those have resulted in some frustrated fans, with labels raising red flags over the bigger impact on a fragile industry recovery.  After all, music fans are only recently beginning to pay for recordings again — yet tightly-bound exclusives only punish that good behavior.

Even worse: restrictive exclusives outright anger some fans, while motivating a large number to return to the Pirate Bay.  The latter is a problem acutely experienced by Beyonce and Kanye West, with Tidal exclusives limiting 99% of interested listeners.

But this isn’t Amazon’s first exclusive foray — not in the least.

In fact, it looks like artists are lining up for the privilege.  Other musicians featured on Amazon Originals have included country singer Brett Young, Morgan Evans, and Brooke Annibale. Various songs from these artists are exclusively available on the Amazon Music platform for customers to listen to or purchase.

Amazon Originals is the umbrella for a broader collection of content on the website.  That includes ongoing series, movies, and music.

“Handyman” charted as high as No. 4 on the Billboard charts, making the remix an anticipated follow-up.

But this only an on-demand streaming platform exclusive, if that’s any consolation.  In addition to being available on the Amazon’s digital music platform, the song will be playing on the KCRW website and its smartphone radio app, as well as on iTunes and other music/radio services.

And of course: “Handyman (Kauf Remix)” is also available for download purchase at http://amazon.com/handyman.

“Handyman” was the group’s fifth single to reach top five status on the US charts. Previously, Awolnation scored a No. 4 hit song with “I Am” in 2015.  The group also reached No. 1 status back in 2015 with “Hollow Moon (Bad Wolf),” which is arguably the group’s biggest hit song since they formed.

Closer to the present, Awolnation released Here Come the Runts back in February, and have recently concluded an album tour.  Now they’ll focus on playing at different music festivals as the summer and fall seasons progress.