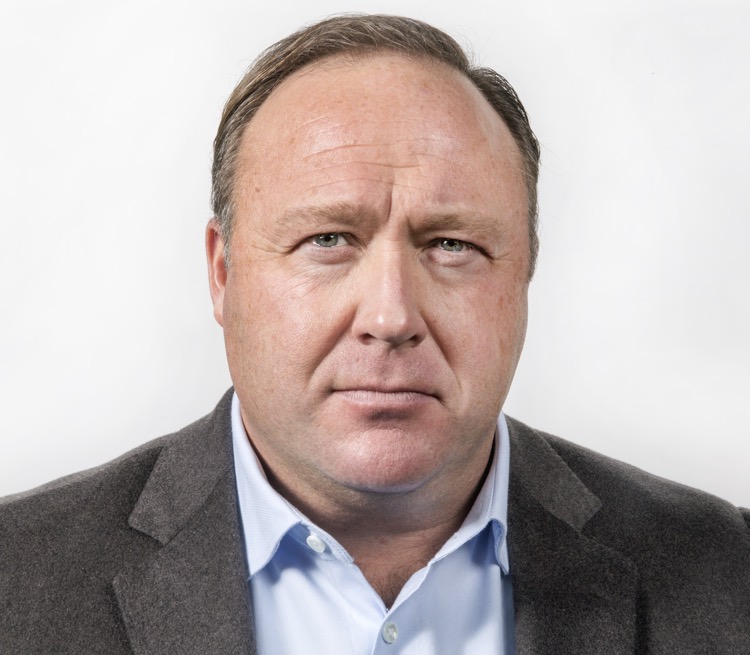 In a rapid domino effect, conspiracy theorist and right-wing media host Alex Jones’ Infowars has been banned from popular streaming services like YouTube, Apple, Facebook, and Spotify.  The controversial host has been responsible for the spread of extremely controversial conspiracy ideas, including accusations that the parents of Sandy Hook victims were crisis actors.

On Sunday night, Apple started deleting InfoWars episodes from iTunes, stating that the company does not tolerate hate speech.  Now, the entire series appears missing, though a spin-off show and InfoWars app are still live.

After a social media backlash against Spotify for hosting episodes of Infowars and The Alex Jones Show, the streaming media company took four episodes off the air for violating their hateful conduct policy.  Now, the entire show is missing, and other streaming services have joined in on the ban.

Earlier today (Monday), Spotify announced that The Alex Jones Show would no longer have access to the Spotify platform.

Facebook followed suit by removing four Alex Jones pages including The Alex Jones Channel Page, the Infowars Page, and the Infowars Nightly News Page.  Elsewhere, YouTube has been accumulating strikes against Alex Jones’ channel and the content he promotes to take action against the account.  According to the YouTube spokesperson, when users violate hate speech and harassment policies enough times, their accounts are terminated.

To their credit, all three streaming media companies say Alex Jones’ pushing of “fake news” had no impact on their decision to remove his content.

Instead, action was taken against specific episodes that were reported as being offensive. As more social media users began reporting Jones’ content to various services, more of it was removed for promoting hate speech and violating their terms of service.

Undoubtedly, some episodes are more explicitly demonstrative of hate than others.  But now, it looks like the entire InfoWars enchilada is getting tossed.

Jones is currently the subject of five defamation lawsuits, three of which were filed by Sandy Hook victims for Jones’ role in portraying them as crisis actors. Two other suits revolve around Jones knowingly spreading false information about the Marjory Stoneman Douglas shooting that occurred this year and the violence that happened at a right-wing rally in Charlottesville, Virginia.