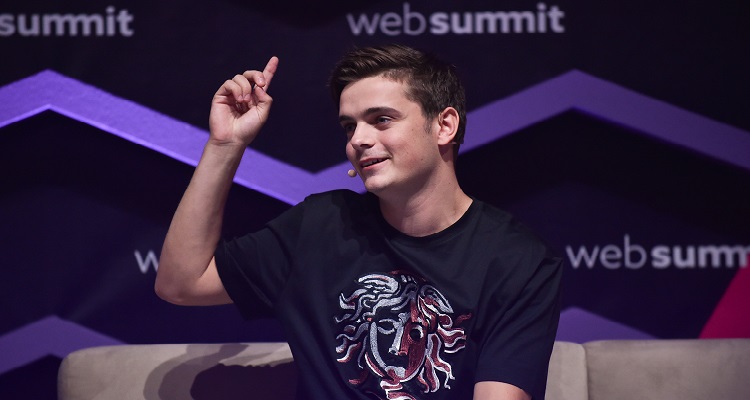 Dutch DJ and producer Martin Garrix has released the STMPD RCRDS mix on Apple Music featuring music from his label.

In an interview on Beats 1 with Zane Lowe, the Dutch DJ said,

“I’m really really happy with how this mix turned out and I can’t wait to share it with the world.  I wanted to show what I listened to myself, the music that inspires me, and the music I release on my label STMPD Records, which is a platform for all types of different music.  Doesn’t matter what genre, it doesn’t matter if it’s hip hop or house.  It’s music you hear at my shows, a lot of new music, and I just want to take you on a journey.”

The music industry struggles to spin a damning Citigroup report.

Top trade music organizations, including the RIAA, and other music professionals have hit back against a recent Citigroup report.  An RIAA spokesperson told Billboard,

“We welcome investment community interest in the music business, but it’s unfortunate that some of the methodologies and analysis within this report are incorrect or incomplete.  Going forward, we would encourage anyone interested to better consult leaders within the business.  For example, RIAA data was extensively cited, but none of our senior team was consulted.”

According to the Industry Observer, most companies cited in Citigroup’s report never heard from Citi analysts or weren’t told about the report’s publication ahead of time.

Citigroup found that tech companies and major labels kept most of the $43 billion revenue generated in the American music industry last year.  Artists barely kept around $5 billion, a figure the RIAA hasn’t denied.

Boardwalk collapse in Spain leaves over 300 injured at the O Marisquiño music festival.

At least 330 festivalgoers – mostly teens – were injured after the boardwalk collapsed at the O Marisquiño festival in Vigo, Spain.  Rap performer Rels B had told the crowd to jump, causing the pier to give way.  Emergency services said the wooden boards cracked along a central section around 131 feet long, causing people to slide down into the sea below.  The Vigo Port Authority suspects the boardwalk had a structural problem.

Amazon has posted a new job listing in Brazil.  The company seeks to hire a Head of Digital Music.  The selected candidate will hire and develop a local team for the service’s upcoming launch in Brazil.  Based in Sao Paulo, the candidate must have English and Portuguese fluency as well as experience in the Brazilian media industry.

Danny Wimmer Presents, a musical festival production and promotion company, has filed a lawsuit in Los Angeles Superior Court against a former investment partner.  Wimmer alleges the partners for David Shapiro Lewit Grabel Leven Granderson & Blake, a law firm, moved funds into personal accounts to appear financially insolvent and unable to pay court costs.  A court had awarded Wimmer $1.19 million earlier this year in its 2015 lawsuit against the law firm.

LiveXLive Media plans to announce its operating and financial results for the three months ended June 30th, 2018.  The company will release its Q1 2018 report after market close on Tuesday, August 14th.  LiveXLive Media’s senior management will discuss its financial results in a live conference call and audio webcast at 2:00 pm PT / 5:00 pm ET.

Ed Sheeran, Roger Daltrey, and Van Morrison will headline a private benefit concert for the UCLA Health and Daltrey and Townsend’s national non-profit, Teen Center America (TCA).  The invite-only event aims to raise awareness and funds for both programs and will include an auction hosted by Judd Apatow and Howie Mandel.

A US District judge has sentenced Octaveon Woods to 3 years and 10 months in prison followed by 3 years of supervised release.  The Illinois resident falsely claimed to represent artists, including Migos, Lil Yachty, and Lil Uzi Vert, receiving hundreds of thousands of dollars from potential clients.

Authorities in Kosovo arrested Action Bronson for lighting and smoking a joint on stage at the Sunny Hill Festival.  Police had arrested the New York rapper at the venue.

Festival organizers have announced Wacken Open Air 2019 has already sold out, weeks after the end of the 2018 edition.  75,000 tickets were already sold.

“We have no business relationship with these and other platforms and dealers!  Many of the pages have not only attracted attention by inflated prices, but also by the sale of stolen or deactivated tickets.  In some cases, they are even selling tickets that they do not own at all.”

It’s always a good idea to arrive at a concert early.  But, this is a bit much…

Due to ‘slow ticketing’ methods, multiple Shawn Mendes fans arrived early to his concert last week — a year early.  One fan, who took his entire family to an upcoming concert on Pittsburgh, wrote on Twitter,

“We got tickets for the Shawn Mendes concert on August 6.  However, getting here we realized it was for 2019.  And we weren’t the only ones!  We will be back next year!”

The extremely early sale was likely the result of ‘slow ticketing,’ a strategy designed to curb ticket scalpers by ensuring tickets don’t sell out in seconds.

Spotify has now added songwriting credits to songs on its iOS app.  The feature, first rolled out on desktops in February, allows users to see songwriter and producer credits when clicking on ‘Song Credits.’