The GOP Demands a Formal Apology from Pearl Jam 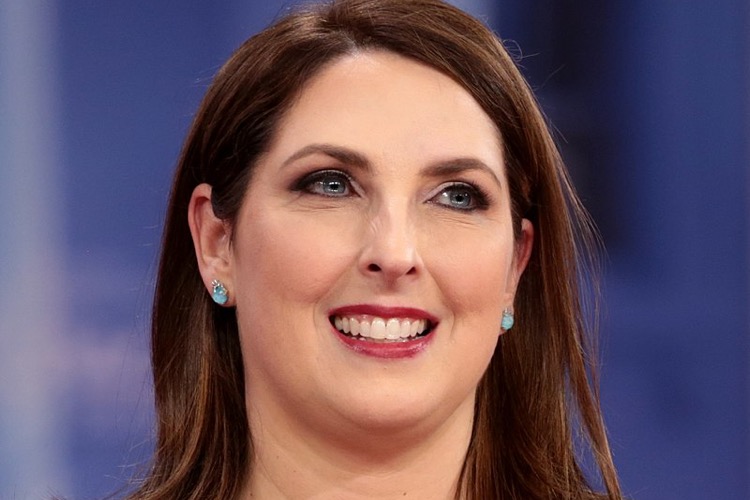 Members of the Republican Party are blasting Pearl Jam for a seriously anti-Trump poster, one that depicts the president as a festering corpse on the White House lawn.  That poster was tied into a show and fundraiser in Missoula for Montana Senator Jon Tester, a Democrat strongly backed by the rock group. 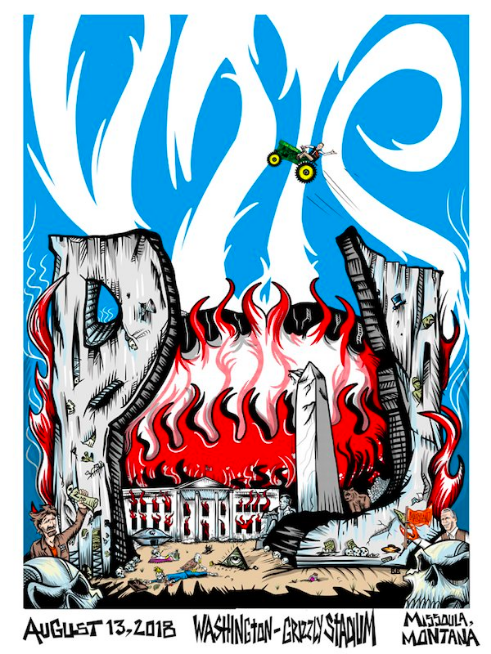 In the poster, Tester is flying over the fracas in a tractor.  Donald Trump is dead at the bottom, being plucked at by a vulture.  “This is disgusting and Democrat Jon Tester seems perfectly OK with it,” DNC chairwoman Ronna McDaniel blasted on Twitter.

“Tester should apologize to @realDonaldTrump & the people of Montana.”

Matt Rosendale, who is running against Tester, also spoke out against the graphic tour poster.  “It depicts a dead President Trump and a burning White House,” Rosendale said. “It’s time for @JonTester to denounce this act of violence and blatant display of extremism!”

The National Republican Senate Committee compared the poster to Kathy Griffin, who infamously posed with a fake decapitated head of Trump.

The poster itself was created by Pearl Jam’s Jeff Ament with artist Bobby Draws Skulls, and firmly reflects the band’s anti-Trump leanings.

In response to the backlash and calls for apologies, Ament refused to back down. “The role of the artist is to make people think and feel, and the current administration has us thinking and feeling,” Ament offered in a statement.  “I was the sole conceptualist of this poster, and I welcome all interpretations and discourse.”

Tester is apparently a fan of the group, and the feeling is reciprocated.  “Nobody cares more about our country and especially Montana,” Ament also noted.

Unclear is the impact that the over-the-top depiction will have on Tester’s campaign.  Pearl Jam’s various social media accounts were rife with angry comments and debate, though the group is likely unfazed.