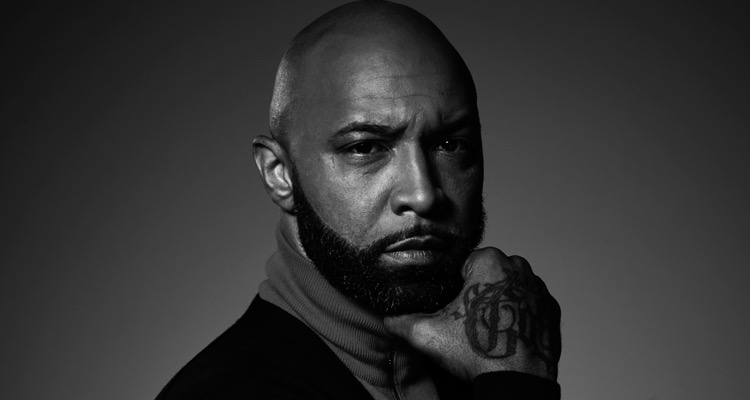 Spotify’s exclusive podcast with Joe Budden isn’t the only place the rapper is expanding his brand after his split with Complex.

The show will be executive produced and hosted by Joe Budden himself.

The new show is called ‘State of the Culture’ and will premiere on Monday, September 10th at 5 pm EST on Revolt’s site, revolt.tv.  The TV premiere with bonus content will appear the next day at 10 pm ET.

Budden won’t be the only star present on the show, however, as both Remy Ma and Scottie Beam have been announced as co-hosts of the show.  The action will happen from Jersey City, NJ, which is Budden’s hometown.

Remy Ma is recognized as a music industry trailblazer for helping pave the way for many young female artists.  She is one of only five female rappers to hit the Billboard Hot 100 chart and has won the BET Award for Best Female Hip-Hop Artist on two different occasions.

Scottie Beam is best known as the morning radio DJ of “Ebro in the Morning,” though she’s been expanding her presence on social media through a partnership with Twitter.  She also serves as one of the co-hosts of the Black Girl Podcast.

Budden’s podcasting career has propelled him to new heights with The Joe Budden Podcast, which helped him net his exclusive deal to host the Spotify-exclusive podcast.  Moving forward, all new Budden podcasts will only be available on Spotify.

Budden’s pursuit of new opportunities comes after he confirmed his separation from the Complex show, ‘Everyday Struggle’. Fans repeatedly reached out to Budden to ask when he would return, to which he replied that Complex was using his paternity leave as an excuse to mask “internal chaos.”

I am not on paternity & they should stop using my 3 day old child to mask internal chaos, thx. https://t.co/ZRpvDDwFD1

I created that show… I’ll create another if need be… & another & another….. it’s when u CANT create that you move WITHOUT integrity… https://t.co/aZdMDI3eOG

Budden tweeted in December 2017 that he would create a new show if needed.  Now, with a Spotify-exclusive podcast and a ten-episode talk show from Revolt on the way this month, he’s lived up to his word.