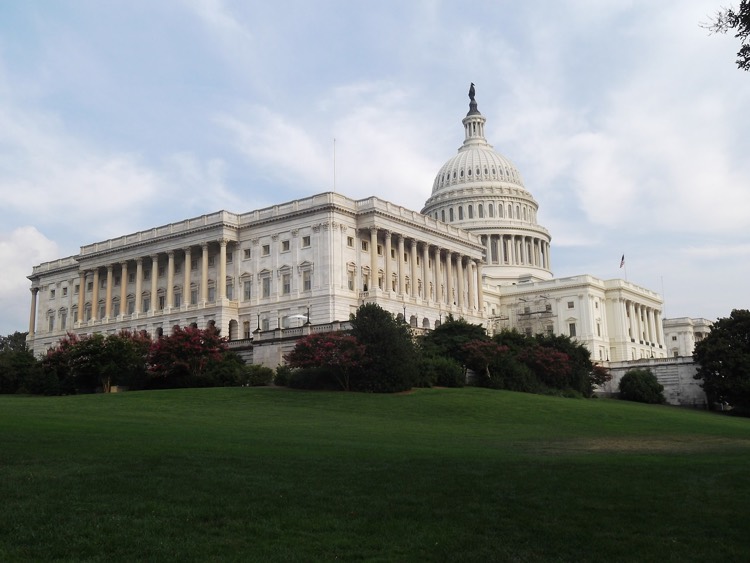 Jockeying over the Music Modernization Act (MMA) continued this week in Washington.  Now, another breakthrough compromise may be afoot — but time is precious.

Royalty advocacy group Songwriters of North America (SONA) may have cause to celebrate, at least according to word slipping out of Capitol Hill this morning.

Earlier this week, SONA mounted a PR assault against Senator Ron Wyden (D-Oregon), whose opposition to aspects of oldies copyright protection threatened to stall the MMA once again.  But maybe that high-profile hard-balling is doing the trick.

Wyden introduced an alternative bill called the ACCESS to Recordings Act that directly conflicted with the CLASSICS Act, a component of the MMA bill that deals with pre-1972 ‘oldies’ songs.  MMA advocates like multi-platinum songwriter Ross Golan say the ACCESS Act would “strip older artists and musicians of the full term of their copyright protection,” and pegged Wyden as an enemy of musicians.

In a nutshell, the CLASSICS Act would widely expand federal copyright protections for recordings beyond the February, 1972 cutoff.  That’s when federal protections were first approved, with a patchwork of state laws applying to earlier works under current US Copyright Law.

Sounds like a healthy change, though critics have blasted CLASSICS as a label handout.

Instead of simply ‘normalizing’ copyrights for sound recordings, the CLASSICS update would expand the copyright terms for older works, while allowing both federal and state laws to apply.  That’s great for owners of recordings, who seek to maximize the value of their assets, but a potential nightmare for anyone looking to license or preserve those works.

Stuck in the middle are the oldies artists themselves.  Sadly, many elder recording artists aren’t in control of their masters, or have simply been stiffed along the way.

That means early recordings produced in the 1960s and 1970s would become public domain in 2055.  By contrast, the CLASSICS Act continues state law protections, meaning that these recordings wouldn’t be in the public domain until 2067 in some cases.

Now, according to a report from Billboard, the warring groups may have reached a handshake deal with the senator with assistance from the Recording Industry Association of America (RIAA).  Details about the agreement have not been disclosed, but it’s expected that a compromise will be reached for advocates of the CLASSICS and ACCESS Acts.

The deal may have been pushed along by an advertising campaign from SONA that placed billboards in Portland and Salem asking Wyden, ‘Why do you hate music?’ 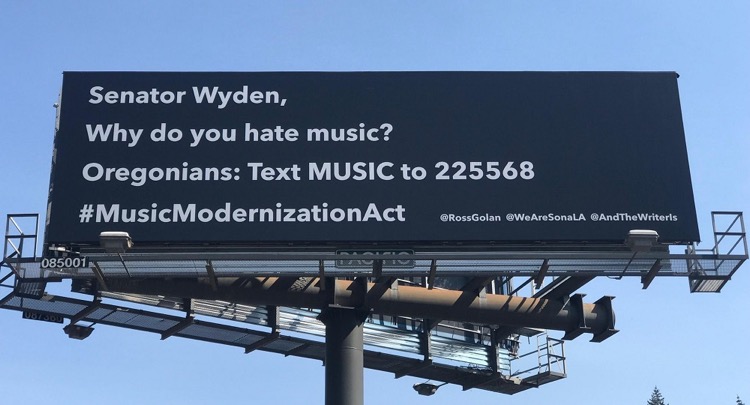 A Wyden representative made a statement to Variety yesterday morning addressing the billboards, stating that the senator supports the MMA Act, but “he continues to have concerns about the addition of the CLASSICS Act.” Variety also reports that the handshake agreement reported by Billboard may have been reached that same evening.

So what compromise is being hammered out?  Let’s see, though CLASSICS advocates have some chips to play with.  That could include compromises on state law jurisdictions, for example.  Maybe Google, long suspected of pulling Wyden’s puppet strings, will ultimately give the final word.

Google, along with other big tech interests, oppose stringent and confusing copyright laws, for obvious reasons.

And what about Sirius XM?

No word on any olive branches between Sirius and MMA advocates like the National Music Publishers’ Association (NMPA), whose chief David Israelite has gone ballistic against the streaming giant.  In a recent tweet-storm, Israelite blasted the protests of Sirius XM’s CEO, Jim Meyer, as ‘disingenuous,’ ‘patronizing,’ and ‘bullshit,’ though Meyer shows little sign of backing down.

In fact, it looks like Sirius is mounting a lobbying assault on the MMA, with allies like Music Choice arguing that the bill is patently unfair.  Of chief concern for Sirius is a lack of parity in royalty rates with traditional radio, which has long enjoyed a free pass on recording broadcast payments.  That handout made sense back in the payola heyday, but not so much in a complex, diversified radio landscape that includes mature digital, satellite, and terrestrial channels.

Meanwhile, the clock is ticking: according to DMN’s sources, an earlier protest by Blackstone Group shaved precious minutes off the clock.  Just recently, Israelite proclaimed support on the bill from more than 60 Senators, through it’s unclear when a vote would happen.  And, if Sirius’ loud protests could cause Senators to press pause on any affirmative votes.

Then, there are the considerable x-factors of midterm elections and a highly-distracted White House.  Indeed, the upcoming midterms are extremely high-stakes, with legislators devoting massive chunks of time towards reelection campaigns.  That makes it imperative to squeak something out before a brand-new Congressional session sets in, especially since President Trump has indicated support for copyright reform bills.

A brand-new Congressional session, however, could set the process back to zero.

The MMA was introduced earlier this year by Senator Orrin Hatch (R-Utah) and Senator Lamar Alexander (R-Tennessee) to radically update licensing and royalty statutes for the digital era.

Just a few hours ago, Alexander reported that 63 Senators now support the bill.