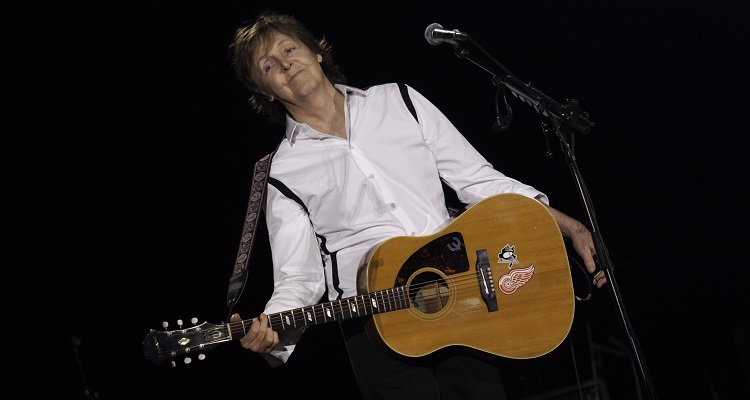 Scheduled for Friday, September 7th, McCartney will perform the concert on his YouTube channel in support of his latest album, Egypt Station.  The livestream starts at 8:00 PM ET/5:00 PM PT.

Ahead of a crucial vote on the Copyright Directive on September 12th, Robert Kyncl, YouTube’s Chief Business Officer, spoke out against Article 13.  The bill would force YouTube and other user-generated content platforms to pay rightsholders a fair share in royalties.

“Despite best intentions, I believe this may now be at risk as European policymakers prepare to vote on a new European Copyright Directive on September 12.  In fact, some parts of the proposal under consideration – and in particular the part known as ‘Article 13’ — potentially undermine this creative economy, discouraging or even prohibiting platforms from hosting user-generated content.”

Christopher Mille, Viagogo’s Head of Business Development, pulled out at the last moment.  The company justified its absence, blaming a recent investigation by the Competition and Markets Authority agency into Viagogo’s illicit business practices as well as a lawsuit filed against Kilimanjaro Live.

“These developments…require Mr. Miller to address matters that are awaiting adjudication in a court of law, therefore in our view contravening the sub-judice rules confirmed by the House Of Commons in 2001.”

The absence prompted the Chair of the Culture Select Committee to warn “fans should not trust such an outlet.”

“[The move] demonstrates the fear that Viagogo feels about [any] scrutiny of their operations.”

Led by 21st Century Fox, Caffeine – a social broadcasting platform focused on entertainment, sports, and eSports – has secured $100 million in a funding round.  In addition, the platform has partnered with Live Nation to stream concerts starting Q4 2018.  Finally, Caffeine Studios, a new joint venture owned by Caffeine and Fox Sports, will produce content for the video platform.

StubHub has revealed Elton John and BTS lead its top upcoming touring acts in the US between Labor Day and Thanksgiving 2018.  The lists are male-dominated, with Taylor Swift being the only female artist to appear.

Officers in Atlanta arrested the rapper on drug charges.  They found marijuana and cocaine in his car.  Ty Dolla $ign was charged with possession of cocaine and under an ounce of marijuana along with obstruction.  He would’ve performed at G-Eazy’s The Endless Summer Tour.

The cancelation comes just 2 days before the St. Louis music and arts festival was scheduled to take place.  LouFest would’ve featured 41 artists and groups, including Robert Plant and the Sensational Space Shifters, T-Pain, Michael McDonald, Kacey Musgraves, and several others.

Organizers attributed the cancelation to “several financial hurdles,” including two key sponsors backing out, debt from past events, and scheduling and contract problems with artists.

In Singapore, Jeff Long will serve as Manager of Singapore and Malaysia.  Reporting to Wong at BMGPM, Long previously served at Universal Production Asia.

James Grant Group manages talent management offices, including Hall Or Nothing in the UK and Deckstar in Los Angeles.

Chicago rapper Joey Purp confirmed his partnership with Universal Music Group’s distribution and services arm.  He earned fame through two releases as part of rap duo Leather Corduroys within the SaveMoney collective alongside Chance the Rapper, Vic Mensa, Towkio, and Kami.  The partnership comes ahead of the rapper’s album, Quarterthing, dropping on September 7th.

Rich Robinson will serve as Executive Vice President of Sync and Creative Services at Warner/Chappell Music in London.  In the role, he’ll build the Creative Services team outside the US, lead international sync strategy, coordinate markets outside the US, and work closely with Mike Smith, Managing Director at Warner/Chappell UK.  Based in London, Robinson report to Carianne Marshall, the company’s Chief Operating Officer.

The Westminster Coroner’s Court stated O’Riordan, lead singer for The Cranberries, drowned in a bathtub after drinking multiple bottles of alcohol.  Toxicology tests revealed her blood alcohol level was four times the legal limit for driving.  Police found five miniature alcohol bottles and a bottle of champagne in her room.

“There’s no evidence that this was anything other than an accident.”

Camilo worked with multiple major artists in the 70s, including Gladys Knight and the Pips, Eric Carmen, Dionne Warwick, Stevie Wonder, Grand Funk Railroad, Peaches and Herbs, and many others.  He also launched his own label, Venture.

Reynolds, a veteran actor, director, and producer, passed away following a cardiac arrest at a hospital.  He was 82.  Reynolds was currently filming Once Upon A Time In Hollywood, featuring Margot Robbie, Brad Pitt, and Leonardo DiCaprio.  He released ‘Let’s Do Something Cheap and Superficial’ in 1980, a single for the soundtrack for Smokey and the Bandit II.