Ahead of Their Meeting, Donald Trump Calls Kanye West ‘a Smart Guy’ — But Doesn’t Mention the Music Modernization Act 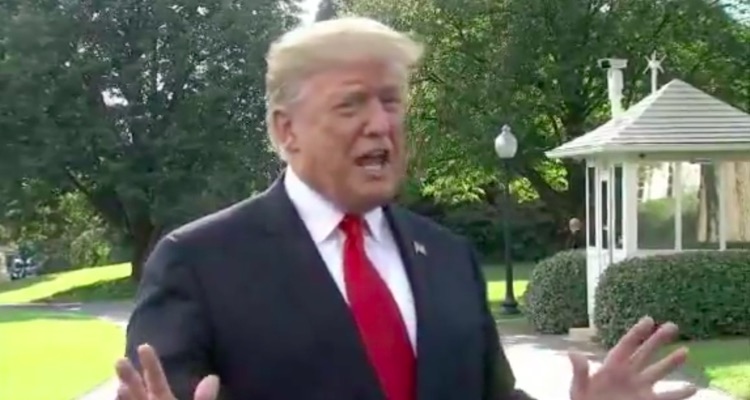 Donald Trump confirmed that a meeting with Kanye West is indeed on the White House schedule this week.  But when’s the Music Modernization Act getting signed?

“He’s been a terrific guy, he loves what we’re doing for African American jobs,” Trump continued.  “Median income… at an all-time high, poverty level at the best rate, meaning the lowest rate.  Kanye is a smart guy.”

Exactly what role Kanye West will play in future policies regarding ‘African American jobs’ and broader employment is completely unclear.  Both meetings are slated for Thursday, October 11th, with either a lunch or dinner expected with the president.

Earlier this week, sources to Digital Music News pointed to a scheduled signing of the Music Modernization Act on Thursday, October 11th, with Kanye part of the ceremony.

The White House separately confirmed the meetings, pointing to a discussion surrounding “manufacturing resurgence in America, prison reform, how to prevent gang violence, and what can be done to reduce violence in Chicago.”  Earlier, West indicated that he was interested in returning to Chicago to help the violence-riddled city.

Several days ago, Hot 97 deejay Ibrahim “Ebro” Darden reported that Kanye West had called him personally ahead of the meeting.  West apparently asked Ebro to contact Colin Kaepernick and ask the ex-NFL player to attend the meeting.  In response, Ebro merely replied, ‘We not doing that’.

Trump didn’t mention the Music Modernization Act, or MMA, which has now been passed unanimously by both the U.S. House of Representatives and U.S. Senate.

The bill is now awaiting presidential signature, with Trump expected to sign the bill into law.

Ahead of the meeting, Trump did sign two bills in a White House signing ceremony.  The two bills, called the Know the Lowest Price Act and the Patient’s Right to Know Drug Prices Act, are designed to lower drug prices and spread availability of pricing on prescription drugs to patients.

Alongside Kanye West himself, other artists and organizations involved in shaping the bill are expected to accompany President Trump during the signing ceremony.  Separately, Billboard has reported that Kid Rock will join the festivities.

Incidentally, Trump also noted that NFL Hall of Fame running back Jim Brown would also be at the White House.  The president praised Brown for being ‘unstoppable’ during his football career, and also ‘a friend of mine’.  The presence of Brown, a black ex-athlete, suggests a greater focus on African-American issues over music industry matters.

Stay tuned for our definitive MMA podcast interview with Jeff Price of Audiam.