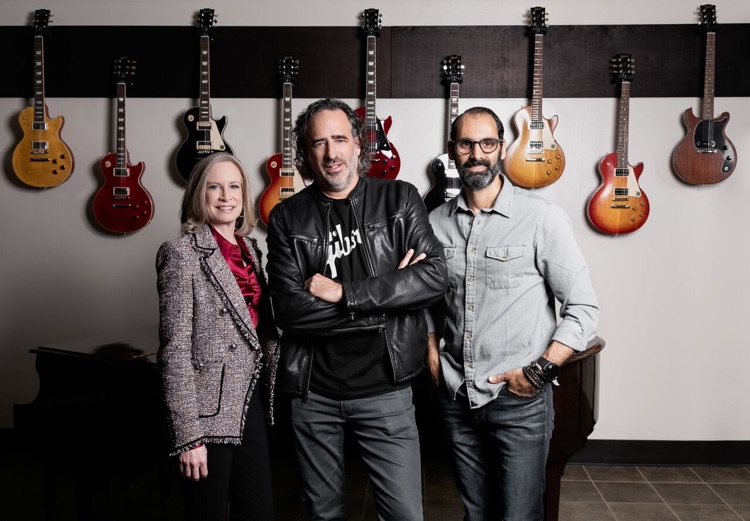 It’s been a really rough year.  But Gibson Brands Inc. is about to emerge from bankruptcy protection with a new executive team.

Gibson filed for Chapter 11 bankruptcy earlier this year while under the leadership of CEO Henry Juszkiewicz.  The bankruptcy was rumored for months, with lots of in-fighting between Juszkiewicz and a cast of frustrated creditors.  Ultimately, the latter group plunged the company into bankruptcy, forcing Juszkiewicz to the margins and taking financial control over the company.

Earlier this month, the U.S. Bankruptcy Court for the District of Delaware approved a restructuring plan.  A few weeks later, the refreshed Gibson has announced its new executive cast.

At the helm, JC Curleigh will succeed Juszkiewicz as president and CEO of the company.  He previously served as the president of Levi Strauss & Co.

“As a business leader and a brand builder, this is the beginning of a new era for Gibson that will build on its proven heritage and iconic status,” Curleigh remarked.  “We are focusing on the future and off to a fresh start, with a strong financial foundation, a committed and experienced new leadership team and new ownership that is equally passionate about the brand.

Here’s a quick look at the incoming executive leadership team, with the appointments taking effect on November 1st.

Gibson filed for Chapter 11 bankruptcy in May after years of decline.

Bankruptcy filings subsequently revealed that the company was juggling north of $500 million in debt.  As part of its restructuring, Gibson and its lenders have agreed to a debtor in possession loan of up to $135 million to continue funding operations under the new executive team.

Curleigh will lead the new executive team as Gibson tries to rebuild its storied brand.  That’s not the easiest task, given numerous complaints of declining workmanship and defecting artists over the years.  “As the industry leader, we have an opportunity and an obligation to set the best conditions for success for our brands, our fans, our partners and our own extended team,” Curleigh said.  “I look forward to leading Gibson confidently into the future.”

KKR will be the majority owner of Gibson when it emerges from bankruptcy protection on November 1st. The group will have a controlling interest in the company.