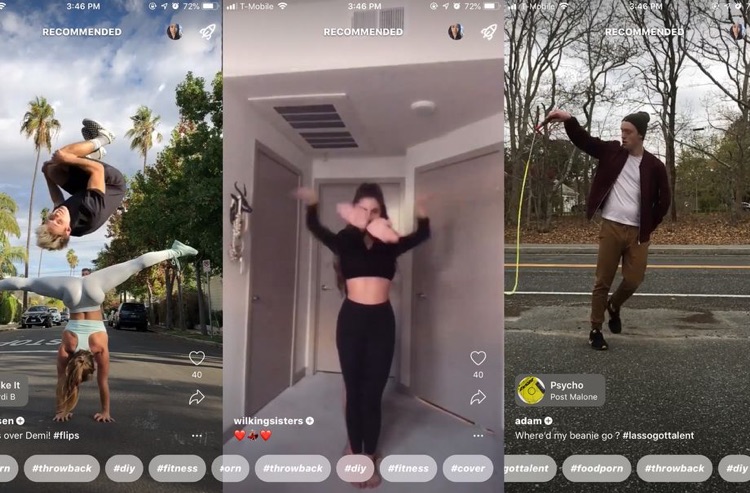 Facebook has been working on a Musical.ly competitor for months.  Now, it’s ready.

The app is called Lasso, and it was first reported to be in development back in October.  Today, the head of the Facebook Lasso announced its launch.

Today, my team launched Lasso (@lassovideos), a new video app that lets you create short, fun videos and share them with friends.

Lasso is designed to be a clone of TikTok, the popular app that merged with Musical.ly (and took its namesake) earlier this year.  The platform allows users to share short video clips of themselves singing and performing karaoke.  It’s been insanely popular with the teen generation that prefers Snapchat and YouTube to Facebook.

Lasso profiles cannot be set to private, either.

The app has plenty of content despite its low-key launch today.  That suggests a longer development cycle with prolonged internal testing on various features.  Facebook has yet to release an official statement about the launch of the app on its website, so perhaps this launch is still ‘soft’ to some degree.

Facebook has a history of cloning popular apps in an attempt to absorb users from competitors.

Earlier this year, Instagram launched its Instagram Stories feature, which was wholesale ripped from Snapchat Stories.  This feature eventually made its way across all Facebook apps including Facebook, Messenger, WhatsApp, and Instagram.  Facebook’s strategy was to curtail interest in Snapchat entirely, which partially worked.

Now, it appears as though Facebook is hoping to do the same with Lasso against TikTok.  TikTok has enjoyed huge growth since the Musical.ly merger, and Musical.ly itself has been incredibly successful for years.  In fact, it’s growing faster than YouTube, WhatsApp, Instagram, and Facebook.

According to Facebook’s narrative, the move reflects Zuckerberg’s approach towards ‘innovation’ . When the company went public in 2012, he apparently placed a book on every employee’s desk.  Inside was a simple quote: “If we don’t create the thing that kills Facebook, someone else will.”

But maybe that quote was copied from somewhere else.