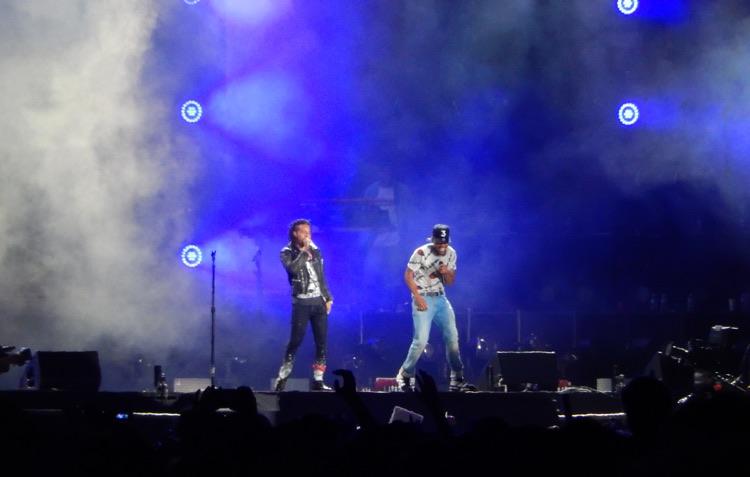 In need of some Hope? Chance the Rapper and MGM will soon be delivering just that — in the form of a movie musical.

MGM has just acquired the rights to Chance the Rapper’s ambitious new project, Hope.  The movie musical will trace a group of Chicago teenagers as they aspire to change their urban community through art.  The group will “band together to turn art into action within their community,” which sounds like a narrative aligned with Chance the Rapper’s Chicago-focused philanthropy.

According to details shared with DMN, Grammy-winning songwriter/producer Nico Segal (previously known as ‘Donnie Trumpet’) will be penning the soundtrack, while Carlito Rodriguez will write the screenplay.  Rodriguez’s credits include Empire and The Leftovers, among other lauded storylines.

At this stage, we’re only familiar with the framework plot.  The rest of Hope has to be written, though the green light has been given.  We’re also expecting some high-wattage actors and actresses to join the production, though no word on who’s on the short list.

Of course, whoever signs on will have to carry some serious pipes to carry the musical motif.

We’re also expecting Chance the Rapper to toss a song or three into to mix, with a Black Panther-style soundtrack potentially accompanying the release.

Also partnering on the project is Pat Corcoran of Haight Films, and Scott Bernstein of Tradecraft, whose credits include Straight Outta Compton.

But the big fish here is MGM, whose involvement secures a major production and release.  “Chance and Nico are undoubtedly two of the most influential and innovative artists of their generation,” MGM Motion Pictures president Jonathan Glickman said.

The movie will represent another diversification for the multi-faceted Chance.  Just recently, the rapper/entertainer/philanthropist starred in straight-to-streaming production Slice.  He’s also going to voice star in the upcoming Trolls sequel.