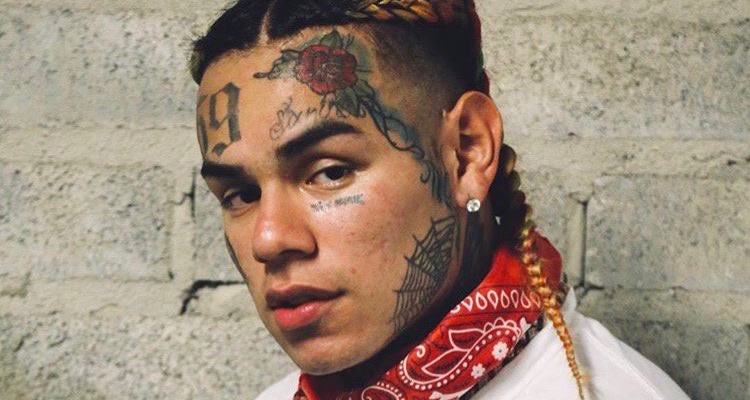 Rapper Tekashi 6ix9ine is preparing for a protracted legal battle by beefing up his team of lawyers ahead of his scheduled trial date.

6ix9ine, whose birth name is Daniel Hernandez, made his first appearance in court since his arrest on November 18th.

6ix9ine entered a plea of not guilty to the indictment, which includes six counts of racketeering, conspiracy to commit murder, robbery, narcotics trafficking, and multiple firearm offenses.

If convicted of all the charges 6ix9ine faces, the rapper could be looking at a 32-year prison sentence.

Against that backdrop, 6ix9ine’s most recent album Dummy Boy “leaked” online yesterday before being pulled down, but it’s now available on streaming services like Spotify and Apple Music (the album is embedded below).

After today’s not guilty plea, 6ix9ine’s next hearing is slated for January 22.  But the trial won’t start until September 4th, 2019. 6ix9ine’s lawyers got the original spring date moved back, arguing they needed more time to prepare his defense.

6ix9ine is expected to remain behind bars until the trial date, as a judge has denied his bail request.

Tekashi’s lawyer has denied that 6ix9ine has received any special treatment in prison.

Further on that point, TMZ reports that inmates at the prison where Tekashi69 is being held are angry that the rapper is receiving special treatment.  A dormitory was cleared out to house 6ix9ine with 11 other inmates who were described as “docile.”  The report further states that the dorm usually houses high-profile inmates, dirty cops, and child predators.

The FBI may also have tapes of one of 6ix9ine’s former associates threatening him. The rapper received death threats after he was transported away from the Brooklyn Metropolitan Detention Center.

You can listen to Dummy Boy on Spotify below.