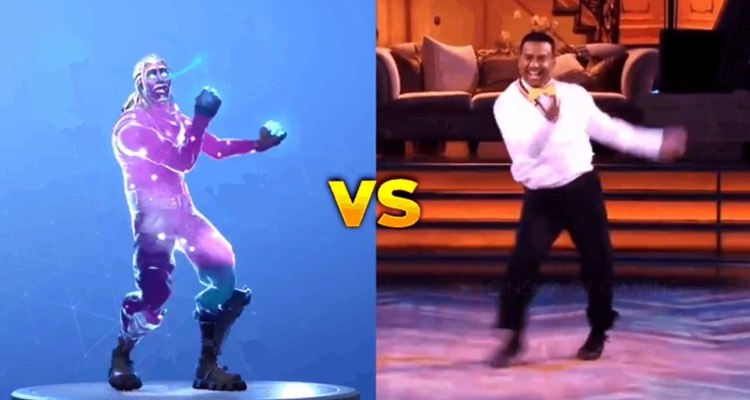 Epic Games is in trouble again over the depiction of a popular dance within its Fortnite game.

The actor who portrayed Carlton on The Fresh Prince of Bel-Air has sued both Epic and 2K Games for featuring his signature dance in their games.

Alfonso Ribeiro’s iconic ‘Carlton Dance’ bled into pop culture in the 90s.  It’s currently featured in World of Warcraft and Team Fortress 2, though neither of those game publishers (Activision Blizzard and Valve) have been sued.

One could argue that these other games are a tribute to Carlton’s iconic dance, while Fortnite’s Fresh Emote straight up lifts the dance in its entirety.

Ribeiro is attempting to copyright the dance, so the lawsuit against Epic and 2K extends from that effort.

In an interview with TMZ, Ribeiro’s lawyer says Epic has been earning money without compensating creators.

“Epic has earned record profits off of downloadable content in the game, including emotes like ‘Fresh.’ Yet Epic has failed to compensate or even ask permission from Mr. Ribeiro for the use of his likeness and iconic intellectual property.”

Epic has not commented on the ongoing litigation, but this is not the first lawsuit relating to a dance.  Rapper 2 Milly recently filed a lawsuit against Epic for their depiction of his Milly Rock dance.

Chance the Rapper has also been outspoken in his support of artists suing for compensation.

“Fortnite should put the actual rap songs behind the dances that make so much money as Emotes.  Imagine the money people are spending on these Emotes being shared with the artists that made them,” Chance said in a tweet.

Fortnite generated over $1 billion in revenue by July 2018, making it the most popular game in the world. Epic Games is now attempting to launch a gaming competitor to Steam with the Epic Games store.

If the 2 Milly and Alfonso Ribeiro lawsuits are successful, it will be interesting to see how Fortnite decides to modify (or monetize) its emotes going forward.