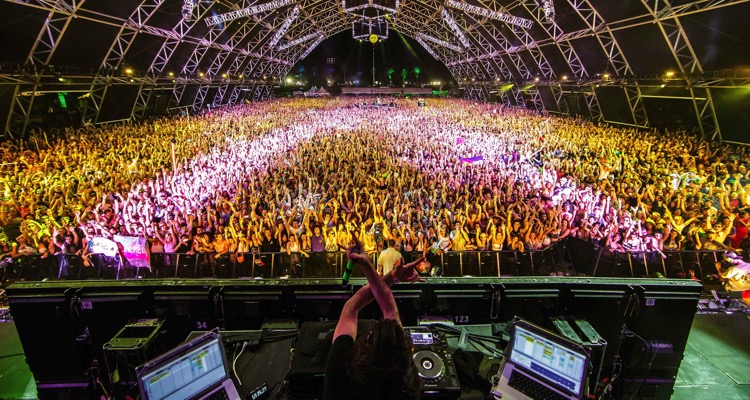 Coachella is increasingly being called a gropefest for women.  Now, there’s a new sexual harassment policy to change that.

Earlier this year, a female reporter from Teen Vogue revealed that she was groped 22 times within a 10 hour period at the festival.

She also asked 54 women who were attending if they had experienced sexual harassment while at the festival.  100% of the women confirmed that they had been sexually harassed.

Music festivals have always been a breeding ground for sexual harassment.  Now there’s increasing pressure on festival organizers to do something about it thanks to the #MeToo movement.

Ahead of its 2019 event, Coachella has announced a new anti-harassment policy dubbed “Every One.”

The new policies are designed to prevent sexual harassment and change how the festival deals with instances that do occur.

“We are pushing ourselves and our guests to do better and to be better,” a Coachella statement reads.  “We are taking deliberate steps to develop a festival culture that is safe and inclusive for everyone.”

The policy outlines what the festival is taking responsibility for and how fans can keep themselves safe.

Coachella will be deploying Trained Safety Ambassadors during the festival.  Counselors will also be available for anyone who needs extra support.  The festival is also offering male, female, and all-gender bathrooms to attendees.

Coachella says that anyone found to be committing “any form of assault or harassment, be it sexual, physical, or verbal” will be removed from the festival without refund.  Coachella also says they may notify law enforcement officials.

The double-weekend festival has also outlined a Code of Conduct for fans while attending the event.  These guidelines include always asking for consent and being respectful of different cultures and lifestyles.

The Goldenvoice-produced festival has been going to great lengths to address issues highlighted by critics.  Aside from the Code of Conduct and harassment policy, more female headliners were asked to perform at 2019’s show in April.   But on-stage changes are relatively easy, while policing a festival as massive as Coachella will be challenging.