Bankrupt HMV Has Received ‘A Number of Offers’ — But Is This Chain a Goner? 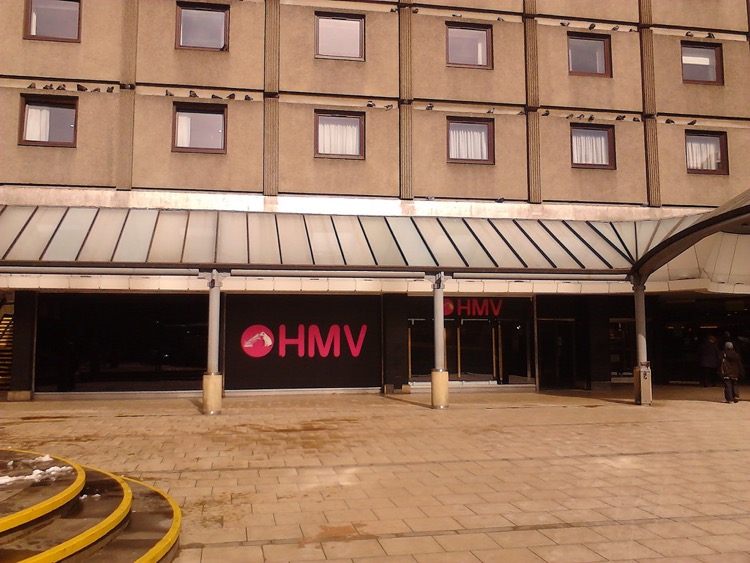 HMV Group fell into bankruptcy again last December.  Now, there are ‘a number of offers’ to purchase the down-and-out chain.  But then what?

The past few years have witnessed a resurgence in music retail, particularly among mom-and-pops selling vinyl in trendy neighborhoods.  Record Store Day (RSD), once judged to be a prayer, has lifted hundreds of smaller record stores.

Even diversified retailers like Urban Outfitters and Barnes & Noble have expanded their vinyl record sections to profit from the bump.

HMV Group, once a proud record chain based in the UK, hasn’t been so uplifted.  In December, the chain plunged once again into bankruptcy — or in British speak, ‘administration’.  That pre-Christmas lump of coal put thousands of jobs in jeopardy, while raising serious questions about the chain’s future.

Over in Hong Kong, the future was definitively bleak.  Instead of riding it out, HMV shuttered its entire Hong Kong business.  But for now, stores in the UK are holding on.

Now, there’s a small ray of light poking through the clouds.  Just this (Wednesday) morning, administrator KPMG pointed to ‘a number of offers’ for the beleaguered company.

“We can confirm that a number of offers on various bases have been received, and we now need to evaluate these further over the coming days,” relayed KPMG partner Will Wright, without disclosing further details.

“Given the commercially sensitive nature of this process, we will not be providing further detail at this time.”

What happens next is anyone’s guess.  Though it’s unlikely that HMV will be continuing business as usual.  Outside of vinyl, physical sales are plunging, though the relative volumes of LP sales remain modest.  But outside of that picture, the broader retail sector is struggling badly, thanks to online sales.  Slap a hairy Brexit disaster into the mix, and the prospects for HMV look grim.

KPMG indicated that various offers will be evaluated ‘over the coming days’.