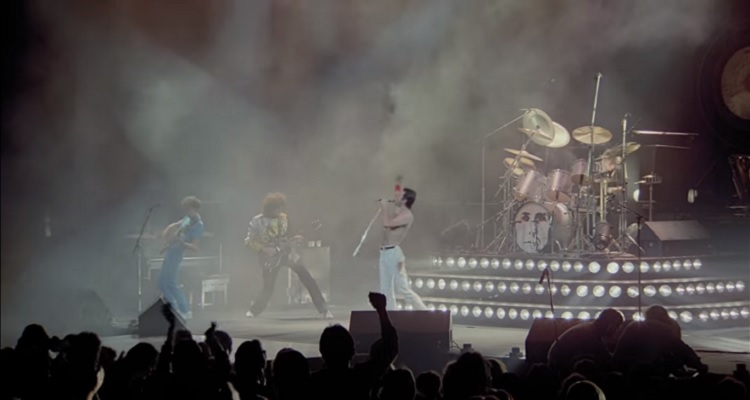 Has the fallout just begun for Bohemian Rhapsody and director Bryan Singer?

Four men accused Singer of inappropriate sexual contact; the alleged abuse occurred when the accusers were in their teens, specifically in the late 90s.

Singer quickly denied and dismissed the allegations as “timed to take advantage of Bohemian Rhapsody’s success.”

According to the director, Esquire magazine ultimately rejected the accusations in 1997.  The “vendetta journalism” – the way Singer describes the piece – rehashed bogus lawsuits “by a disreputable cast of individuals.”  They had lied “for money and attention,” according to Singer.

Now, the fallout over the very serious accusations has begun.

According to a new report, the GLAAD Media Awards has dropped Bohemian Rhapsody as a best original film nominee.

In a ‘weighted decision,’ the media watchdog said it “takes a stand for sexual assault victims.”

“In light of the latest allegations against director Bryan Singer, GLAAD has made the difficult decision to remove ‘Bohemian Rhapsody’ from contention for a GLAAD Media Award in the Outstanding Film – Wide Release category this year.

“This week’s story in The Atlantic documenting unspeakable harms endured by young men and teenage boys brought to light a reality that cannot be ignored or even tacitly rewarded.”

The media watchdog also slammed Singer’s response to the piece, who stated The Atlantic ran “a homophobic smear piece.”

“Singer’s response to The Atlantic story wrongfully used ‘homophobia’ to deflect from sexual assault allegations and GLAAD urges the media and the industry at large to not gloss over the fact that survivors of sexual assault should be put first.”

Time’s Up, a group formed after Harvey Weinstein’s alleged misconduct came to light, applauded the decision.  Stating the world remains in ‘the midst of a cultural reckoning,’ the group called on people to investigate the serious claims against Singer.

Despite calling the impact of the film ‘undeniable,’ GLAAD sided with the survivors, whose allegations have yet to be proven.

“We believe…that we must send a clear and unequivocal message to LGBTQ youth and all survivors of sexual assault that GLAAD and our community will stand with survivors and will not be silent when it comes to protecting them from those who would do them harm.”

Bryan Singer and 20th Century Fox, Bohemian Rhapsody’s distributor, have yet to comment on GLAAD’s decision and statement.