The Social Factor: 10 Tips on How to Promote Your Music on Social Media 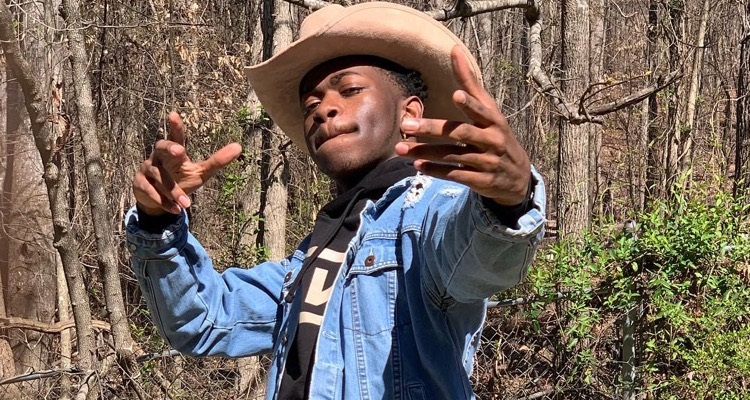 In 2019, it’s impossible to enjoy a successful music career if you don’t know how to promote your music on social media.

Just ask an artist like Lil Nas X. His song, “Old Town Road,” just hit No. 1 on the Billboard Hot 100 chart. And while the inclusion of Billy Ray Cyrus on the song’s remix no doubt helped propel it to new heights, the social media buzz Lil Nas X created around the song in recent months has also been a big factor in its success.

It doesn’t matter if you’re a new independent artist struggling to get your career off the ground or an established artist who has been creating music for years. To be successful in the music industry in this day and age, you need to have a strong social media presence.

Here are 10 tips for how to promote your music on social media.

Before you start trying to figure out how to promote your music on social media, sign up for the right social media platforms. Unless if you’re already a star like Solange, you’re not going to get much traction out of promoting music on a social media site like BlackPlanet.

Instead, you should stick to the most popular social media sites such as:

You might also want to consider your target audience before you start signing up for social media sites.

About 70 percent of American adults are on Facebook, but there aren’t as many teens on the site. You’re better off going after them on Snapchat.

There are a lot of artists who sign up for social media platforms and then start sending out links to their latest music right away. Do not do this!

Obviously, promoting your music on social media is going to be one of your top concerns. But if people see that the only thing you’re using social media for is to promote, promote, and promote some more, they’re not going to follow you.

Instead of going right into full promotional mode, introduce yourself on social media and do what you can to show off your personality to people. Whether that means posting a bunch of random memes or making pop culture jokes, you’re more likely to get people to follow you on social media when it feels like there’s a real person behind your posts.

3. Interact With Your Followers as Often as You Can

In addition to doing whatever you can to establish your personality on social media, get into the habit of interacting with those who follow you.

This shouldn’t be too difficult at the start. Since you won’t have hundreds of thousands of followers, you can respond to almost anyone who reaches out to you.

The connections you’re able to create by doing this will be priceless. It’ll help you turn some of the people who casually listen to your music into true fans.

4. Keep Up With the Latest Trending Topics

One of the first things you’ll learn when you start to get active on social media is that things move fast. People will spend hours on end talking about one particular topic and then move on from it forever within 24 hours.

Therefore, it’s essential for you to keep up with the latest trending topics and to touch on them at the appropriate times. Nothing will make you look more out of touch than talking about a topic that was trending on social media two weeks ago today.

5. Offer Up Reactions on the Latest News

How do you feel about the crazy thing the President said? Or the controversial call that was made in the big game last night? Or the epic movie trailer that came out this morning?

In theory, it might not seem like your opinion on these things should play any role in your music career. But people turn to music artists for more than their music these days.

They also want to know what artists think about the things going on in the world around them. Offering up your reactions to the news taking place every day will connect you to your followers and make them more invested in your career.

6. Work Your Music Into the Mix Every Now and Then

By now, you’ve seen how important it is to post things on social media other than just your music. The non-music stuff is what’s going to motivate more people to follow you.

But that doesn’t mean you shouldn’t put any music up on your social media accounts. You just need to be strategic about how you do it.

When you release a new song or a new album, that’s a good time to put up posts about your music. But you should also post about your upcoming music in the weeks leading up to it.

Build up the anticipation for music by putting up a picture of the lyrics you wrote for a song. Or grab people’s attention by posting a photo of you and a popular artist together in the studio.

When you’re super passionate about a song you released, it’s easy to get carried away and spam people with it. This is another big mistake that many artists make.

You can put up a few posts about a new song or album when it drops. But if you find yourself devoting every single social media post to the song or album for a week, you’re doing too much.

Outside of sharing your own music on social media, you should consider sharing music from other artists as well. If you hear a song or an album that you like, let your followers know about it—and tag the other artist in your social media post.

This could lead to collaborations between you and your fellow artists. It could also encourage them to share your music with their own followers. Either way, you can benefit from promoting others in a big way.

Some artists only use social media when they have something to promote. Don’t be one of these artists.

People will see right through what you’re trying to do when you only pop up on social media to use it for promotional purposes. Make sure you put up other posts on a consistent basis to keep your fans engaged in between new music releases.

Hire a social media specialist to help. This guide breaks down why having a devoted specialist is so important to anyone trying to leverage the power of social media.

That’s How to Promote Your Music on Social Media!

Artists didn’t use to have to do much to market their music. Record labels handled most of the marketing efforts on their behalf.

But today, there’s no way to be a successful musician if you don’t know how to promote your music on social media. Make sure you learn how to do it or hire someone to help you so that your music doesn’t fall on deaf ears.

Read our blog to see some of the common mistakes musicians make when promoting themselves and their music on social media.