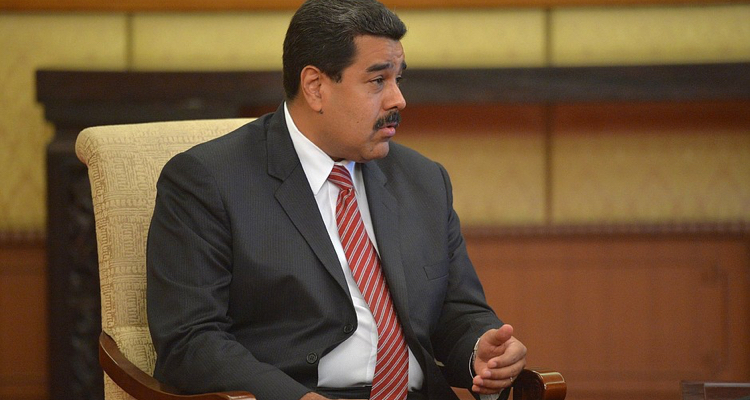 Fyre Festival Ain’t Got Nothing on Venezuelan ‘president’ Nicolas Maduro

Shortly after Richard Branson announced his Venezuela Live Aid concert, Venezuelan president Nicolas Maduro says he’ll be hosting one of his own.

The government of Maduro announced yesterday that it would host its own rival concert in Cucuta on Venezuela’s side of the border city.

Information Minister Jorge Rodriguez stated Venezuela would throw a concert Saturday and Sunday on Venezuela’s side of the border.

Dueling concerts here Friday, both on the border. "Venezuela Aid" organized by Richard Branson, and a "Megaconcert" called "Hands off Venezuela" organized by Maduro. All ahead of big protests Saturday

Branson’s concert is a humanitarian aid effort to convince the current Venezuelan government to allow U.S. aid into the country.  Rodriguez says 20,000 boxes of government-subsidized food will be delivered to the citizens in Cucuta, side-stepping the need for U.S. intervention.

Maduro has remained committed to keeping the U.S. out of Venezuela. Instead, the Maduro government has turned to Russia for aid. Venezuelan state television says more than 300 tons of aid from Russia should be arriving soon.

Branson announced the concert in the hopes of raising $100 million in aid over the next 60 days.  Up to 300,000 people will attend the concerts on Friday with several popular Latin stars.  Manu Chao, Mana, Alejandro Sanz, and Juan Luis Guerra will all make appearances at the event.

But not everyone has been an ally of Branson’s efforts. Pink Floyd co-founder Roger Waters says the concert has nothing to do with humanitarian aid in a widely circulated video early this morning.

“It has nothing to do with humanitarian aid at all. It has to do with Richard Branson … having bought the US saying, ‘We have decided to take over Venezuela, for whatever our reasons may be.’”

Spokespersons for Branson have denied Waters’ statement, saying the concert is an effort to raise awareness of the crisis in Venezuela.

“This is not a political statement and the U.S. is not involved in any aspect of this.”

Guaido believes the concert is a last-ditch effort from Maduro to disguise the origins of any aid that comes through the country to citizens. He called the attempt at a rival concert “desperate.”