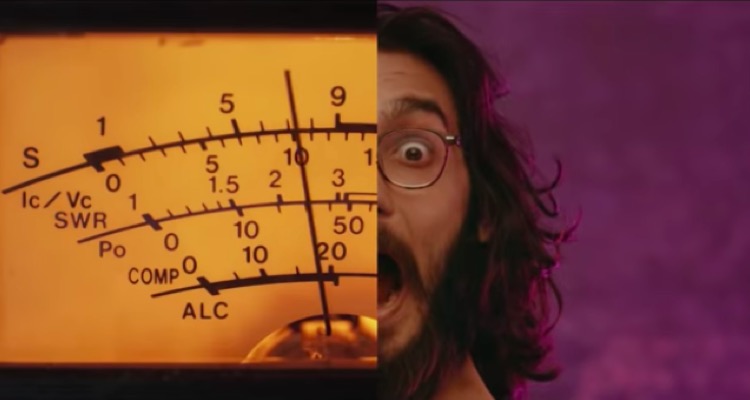 Spotify is rolling ahead with its Indian iteration — and leaving a seriously damaged relationship in its wake.

That seems to be Spotify’s rallying cry of late, with an important relationship with Warner Music Group potentially ‘busted’ this week.  Or, at least damaged to some degree.

For those just tuning in: Warner Music Group subsidiary Warner/Chappell Music Publishing attempted to block Spotify’s launch in the region, and even went to the extreme of filing for a legal injunction.  India’s High Court denied the bid, while Spotify marched ahead with its interpretation of statutory usage laws in the country.

During the heated standoff, both sides were exchanging nasty statements.  But now that Spotify has ‘won,’ the streaming giant is softening its tone.  Here’s a statement just emailed by the company:

“We’re pleased with today’s outcome. It ensures songwriters, artists, labels and publishers will benefit from the financial opportunity of the Indian market and that consumers will enjoy an excellent Spotify experience. As we’ve said all along, we’re hopeful for a negotiated solution with Warner based on market rates.”

The kinder, gentler statement following angry accusations that Warner was demonstrating ‘abusive behavior’ — that is, for refusing to agree to Spotify’s licensing terms.

Twitter displayed screenshots and music fans started tinkering around with the latest streaming competitor in the country.  But these music fans are much different than their Western counterparts, and Spotify’s pricing, access, and catalog are different as well.

For starters, the price for a Spotify India account is unthinkably low — at least by American and European standards.  At the equivalent of $1.67 USD a month, fans can enjoy a Premium access plan, which includes full catalog access and offline cacheing.

But while that sounds enticing, here’s the kicker: most Indians have smartphones, but a relatively small percentage have credit cards.  That presents a huge challenge for Spotify, which has introduced pay-as-you-go plans that last as short as 24 hours.

Those pay-as-you-go plans offer extremely cheap access.  But Spotify’s free tier is also a steal, with full on-demand access to more than 40 million songs.  Just endure a few ads, and it’s all yours.

Daniel Ek, Spotify’s CEO, waxed about the global importance of the launch.

“As Spotify grows, our goal is to bring millions of artists and billions of fans together from every country and background,” Ek said.

“India has an incredibly rich music culture and to best serve this market, we’re launching a custom-built experience. Not only will Spotify bring Indian artists to the world, we’ll also bring the world’s music to fans across India. Spotify’s music family just got a whole lot bigger.”

One question is whether the Warner tiff will have global repercussions.

In an earlier era, the major labels bristled against the power of Steve Jobs and his mighty iTunes Store empire.  But that never resulted in heated court battles and nasty public statements (for the most part).  And unlike iTunes, Spotify actually has some serious global competition — including from Apple itself.

As reported in local Indian newspapers, Warner and Spotify have been engaged in legal wrangling of various sorts for almost a year.  But the music licensing issue did not come up until earlier this week when Spotify decided that the time had come to start operating in India.

Somehow, this battle in India doesn’t seem like an isolated incident, especially given the extreme importance of Warner’s catalog in more lucrative markets like the U.S.

Back in India, the power of major label (and publishing) catalogs is a little more muted.  Instead, Spotify is trying diligently to assemble a platform that caters to a patchwork of differing languages, customs, and musical tastes.  Let’s just say this isn’t a region putting Drake, Ariana Grande, and Bad Bunny on repeat — though of course, those artists are important.

“We’ve worked closely with local teams of musicians, creators and cultural tastemakers to ensure Spotify is going to be loved, used and favored by people all over India whether they’re listening to local Bollywood and Punjabi hits, or discovering curated global playlists of K-pop or Reggaeton,” said Cecilia Qvist, Spotify’s Global Head of Markets.

In terms of regional customization, Spotify is offering multilingual recommendations and regional playlists for trending music in cities like Mumbai, Delhi, Bangalore, and Chennai.

And then, there’s Bollywood, and all its variations.  Accordingly, Spotify is loading up on tunes from Bollywood, Tollywood, Kollywood, and Punjabi actors, alongside curated playlists like Indiestan, Rap91, Namaste Love, Punjabi101, Bollywood Butter, Top Hits in Hindi, Tamil, Telugu and Punjabi.

Guess ‘Most Necessary’ and ‘Rap Caviar’ are playing less strongly in the region, for obvious reasons.

As the situation stands, Spotify was ordered to deposit about $915,000 in court for the purpose of covering Warner’s initial music licensing fees should a permanent resolution not be reached in the next four weeks. Warner owns streaming rights to about a million songs in India, though artists like Cardi B and Katy Perry are less critical in a country where regional genres and multiple languages rule the musical landscape.