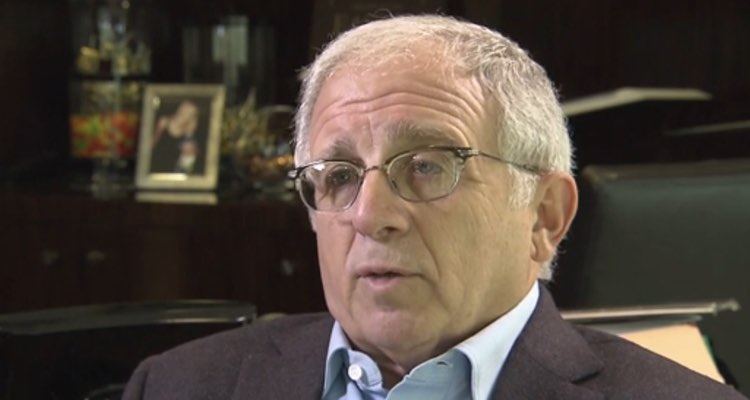 Spotify has filed an appeal to avoid paying a significant royalty increase to songwriters.  Amazon, Google/Alphabet, and Pandora have done the same.  Now, the songwriter community is reacting with a deafening protest.

Early last month, the US Copyright Board (CRB) officially ruled in favor of a 44% increase on streaming music royalties for songwriters and publishers.

“The Copyright Royalty Board published today the Final Rates and terms for songwriters for mechanical royalties (Decision was announced a year ago).”

He explained the both the NMPA and the Nashville Songwriters Association International (NSAI) had “fought hard” to increase songwriter royalties.

Israelite also warned major companies not to challenge the bill.

“The digital music companies now have 30 days to appeal that ruling, and in effect declare war on songwriters.”

In a joint statement, the world’s largest streaming music companies explained their worries should the ruling go unchallenged.

“The Copyright Royalty Board (CRB), in a split decision, recently issued the U.S. mechanical statutory rates in a manner that raises serious procedural and substantive concerns.

“If left to stand, the CRB’s decision harms both music licensees and copyright owners.  Accordingly, we’re asking the U.S. Court of Appeals for the D.C. Circuit to review the decision.”

Now, the legal challenges are drawing sharp criticism from major players in the music industry.

Have Spotify, Pandora, Amazon, and Google inadvertently gone to war with the entire music industry?

The major companies’ legal challenge to the Court of Appeals is being treated like an enemy attack.

“Instead of accepting the CRB’s decision, which still values songs less than their fair market value, Spotify and Amazon have declared war on the songwriting community by appealing that decision.”

Apple Music had previously said it wouldn’t issue a challenge.  Israelite praised the company, urging “every songwriter and every fan of music [to] stand up and take notice.”

Like Israelite, other major figures in the industry have also praised Apple – and spoken out against Spotify.

In a post to his nearly 89 million followers, Irving Azoff said,

“For the first time in 110 years, songwriters get an increase in royalties based on how much the music business has changed in that time, and this is how tech companies react.  Wow.”

“I find it really disappointing to see a company like Spotify not support the people behind the songs that make their business model possible.

“This is a direct attack on the people who make your platform possible.  We need to do better than ‘business as usual.’”

Camila Cabello, Travis Scott, Kanye West, and The Weeknd, among many others, have sampled Duke’s works.

Kenny MacPherson, Founder and CEO of Big Deal Music, has urged songwriters to “mobilize” against Spotify and Amazon’s appeal.

“This is completely messed up.

“Jeff Bezos is probably the richest man in the world and Daniel [Ek] is on his way.  They created a great product, so why not support another great creation – SONGWRITING.”

Ross Golan, a multi-platinum songwriter, expressed his rage against Spotify in a not-so-subtle post on social media.

“Take your f—g foot off our necks!

“Shame on streaming services who are fighting this rate increase for songwriters who are just trying to pay for food!”

As with the NMPA and Azoff, he praised Apple Music.

“#musicarmy put your money where your mouth is.  The only streaming service who supported us is @AppleMusic.”

“Spotify, you cheap pieces of s—t.   F—k you and your secret bulls—t Genius awards.  You should be ashamed of yourselves.

Shelly Pelkin, who has co-written works with Christina Aguilera and Meredith Brooks, also urged fellow songwriters to drop their works from Spotify.

“Sometimes you have to take your biz away from peeps who R f—g you until they do the right thing!  This may be a job for the #musicarmy.”

In a statement, the American Mechanical Licensing Collective (AMLC) also expressed its disappointment.  The organization said its members have worked with music industry peers to secure “more equitable royalties.”

In a post titled ‘Increased Royalty Rates: Even More Money Not Making It To Songwriters,’ the organization explained,

“The AMLC believes it is vitally important that rates for songwriters and music publishers increase AND that the music creators whose work generated the royalties actually receive them.

“These are the AMLC’s objectives and its pledge to the entire global music community.”

In a recent interview, David Israelite explained the Spotify fallout.

“Songwriters are important business partners to Spotify, but they’re treated instead like indentured servants.

“It’s insulting, it’s something that I think the songwriter community is getting fed up with, and I think this may be the final straw that breaks the back of [that] relationship.

“I can promise you that no-one in the songwriting community is going to believe that Spotify cares, at all, about songwriters after taking this action.”

So far, Spotify, Amazon, Pandora, and Google have remained notably silent against the onslaught of criticism.  But streaming platforms have been barraged with complaints about sub-par artist royalty payouts for years.

Sadly for music creators, that has changed little in terms of compensation structures.  And in the end, music fans don’t seem to mind, with hundreds of millions now connected into streaming platforms worldwide.

Which begs the question – do Spotify, Amazon, Pandora, and Google really care about songwriter payouts?  Or is this just another patch of ‘royalty turbulence’ to endure?