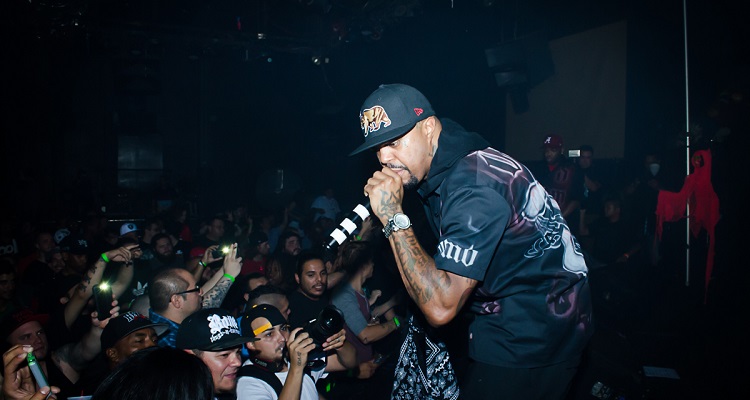 Filed at the U.S. District Court for the Central District of California, DJ Paul – real name Paul Duane Beauregard – claims that Scott’s ‘No Bystanders’ “blatantly and egregiously” infringed on the hip-hop trio’s ‘Tear Da Club Up.’

‘No Bystanders’ features a distinctive chant in the hook – ‘F—k da club up, F—k da club up.’  Beauregard claims that while Scott’s recording doesn’t include the exact lyrics of ‘Tear Da Club Up,’ the cadence and sound remain virtually identical and strikingly similar.  Citing a recent Grammys performance, DJ Paul says Travis Scott used the chant in much of the performance.

“This blatant infringement of Plaintiff’s copyright should not be allowed, and must be stopped.”

Beauregard states ‘No Bystanders’ has garnered nearly 6.3 million streams on YouTube.  In addition, Scott never received permission to use any portion of the popular Three Six Mafia track.  Beauregard also writes that he made numerous attempts to resolve this matter “short of litigation.”

In the $20 million lawsuit, DJ Paul has listed two claims for relief.

First, Travis Scott, along with 10 other unnamed individuals – listed as ‘Does’ – infringed on the trio’s copyright.

Beauregard remains the legal and beneficial owner of ‘Tear Da Club Up.’  Due to the widespread dissemination of the song, Scott had access to the song.  Thus, every unauthorized reproduction, distribution, public performances, and digital transmissions of ‘No Bystanders’ constitutes an infringement of DJ Paul’s rights.

Second, DJ Paul has asked for temporary, preliminary, and permanent injunction against Scott and the unnamed individuals.

Beauregard believes Scott’s conduct has caused, and will continue to cause, “irreparable injury.”  As he and the other individuals will continue exploiting ‘No Bystanders,’ they’ll continue infringing on DJ Paul’s rights.

Unless the court grants the injunctions, Beauregard writes he’ll be “irreparably and permanently injured.”

DJ Paul has asked a court for damages in excess of $20 million along with a jury trial.

In a statement, Beauregard confirmed that he has remained in contact with Travis Scott over the alleged infringement.

“Travis Scott and I have been in touch personally about this matter, he is aware of the situation, as is his label.  Everything will be worked out accordingly with proper communication between he, Juicy J, and I.

“There is no beef, just business.  It’s bothersome that media outlets would choose to put out any information without getting all of their facts straight, which would include speaking with any of us about the situation directly.”