The RIAA Battles to Keep Its Lawsuit Against FLVTO.biz Out of Russia 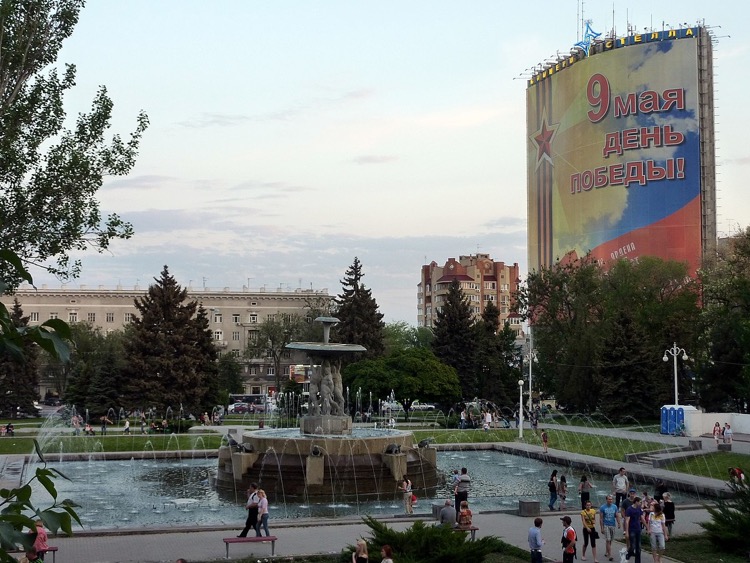 Rostov-on-Don, Russia, home base for FLVTO.biz

Late last summer, the music industry – led by the RIAA – filed a lawsuit against FLVTO.biz, 2conv.com, and their owner, Tofig Kurbanov.

Observers had expected the RIAA – which represents Warner, Sony, and Universal Music – to easily win the case.  The win would establish a serious legal precedent against YouTube stream-rippers in the United States and worldwide, allowing the music industry to quickly – and legally – take down any and all stream-ripping websites.

Then, the RIAA and the American music industry received the bad news – their expected victory simply didn’t happen.

In addition, Judge Hilton’s decision bars the case from being heard not only in Virginia, but in any other U.S. jurisdiction.  That includes the major labels’ home state of California.

Slamming Judge Hilton’s decision, the RIAA wrote in an appeal,

“The district court’s decision gives carte blanche to Internet pirates to set up shop outside of the United States, safe in the knowledge that they are effectively immune from the reach of U.S. courts seeking to vindicate the rights of U.S. plaintiffs for violations of U.S. copyright law, even as they cater to U.S. users.”

In a statement conceding that the case will likely drag on, Cara Duckworth, the RIAA’s Senior Vice President of Communications and Marketing, admitted that the legal battle will probably continue into early May 2020.

Despite the high-profile appeal, Kurbanov and his legal team have vowed to continue the increasingly-bitter legal fight to the very end.

“If they prevail, we would appeal to the Supreme Court.”

Then, in a surprising move that could very well decide the appeal, the Electronic Frontier Foundation (EFF) sided with FLVTO.biz.

In an amicus brief, the EFF wrote that stream-rippers remain a neutral technology.  In addition, they have numerous “legal uses.”

“Like a web browser, photocopy machine, or video recorder, the converters at issue in this case are neutral technologies, equally capable of lawful and infringing uses.”

The EFF then accused the RIAA of knowingly employing heavy-handed tactics that effectively abuse the legal system.  Like unrepentant bullies, major labels – and the RIAA – file lawsuits against foreign site operators who can’t legally defend themselves.

“Through this process, difficult questions about the scope of such injunctions go unanswered.”

“Users don’t need to create an account, sign in, or even register in order to use the websites.”

The EFF remains the only organization to support FLVTO and Kurbanov.  The RIAA has rallied support through amicus briefs from the MPAA, The Association of American Publishers, and the Copyright Alliance.

“Nope.  We don’t have to travel to Russia or any other country to get our way.” – the RIAA.

In his initial ruling tossing the music industry’s case, Judge Hilton found FLVTO.biz and 2conv.com didn’t specifically target internet users in Virginia or in any part of the United States.  Thus, as explained earlier, the RIAA doesn’t have any personal jurisdiction to take on Kurbanov and his two stream-ripping websites.

That apparently doesn’t matter to the organization.

In a reply to Kurbanov’s legal team filings, the RIAA claims that Kurbanov knows exactly where all of his users are located.  Millions of people, especially those in the United States, continue to rip streams of copyrighted music.

“Appellee knows down to the person the geographic location of the 32 million U.S. users and more than half-a-million Virginian users who visited the Flvto.biz and 2conv.com websites in 2018.  Those users engaged in almost one hundred million stream-ripping sessions.

“Indeed, the United States is appellee’s third largest market globally, both by [the] number of users and number of stream-ripping sessions conducted.”

“Moreover, appellee earns huge revenues from the advertisements his U.S. users view while conducting their stream-ripping sessions — advertisements specifically targeted to users’ geographic location in the U.S. because of the geotargeting technology that appellee uses.  Appellee knows full well this geo-targeting is occurring.”

So, as Kurbanov cited “various contacts” with the U.S., music labels don’t have to travel to Russia to sue the website owner.

“In short, nothing in the Constitution requires that U.S. copyright holders travel to Rostov-on-Don, Russia to sue for violations of U.S. law that occur in the United States and that generate huge profits for appellee from ads targeted at U.S. users.”

The RIAA and the music industry therefore conclude,

“The decision of the district court should be reversed.”

It remains to be seen how Kurbanov and his legal team will respond.

You can view the legal filing below.