Fox Slots ‘The Masked Singer’ Right After the Next Super Bowl 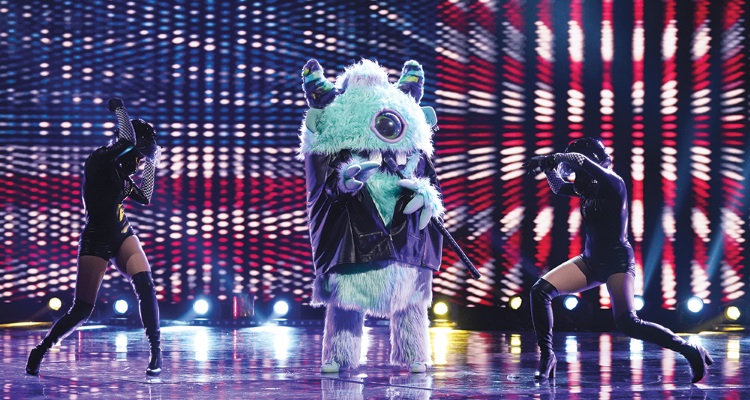 Fox is betting big on the ‘The Masked Singer’ by airing the show’s third season premiere after the Super Bowl next year.

Season 3 of the popular show ‘The Masked Singer’ will be broadcast right after Super Bowl LIV, the broadcasting company announced.

Season 2 of the hit show will kick off later this fall.

The post-Super Bowl premiere is fitting since season one incognito singers included NFL players Terry Bradshaw and Antonio Brown.  Rapper T-Pain took home the trophy for Season 1, after wowing the judges and crowd as The Monster.  T-Pain says the win has had a hugely positive effect on his career.

Season 1 judges for ‘The Masked Singer’ included Robin Thicke, Jenny McCarthy, Ken Jeong, and Nicole Scherzinger.  Fox has not confirmed if the original panel of judges will be returning for Season 2 and 3.

To keep the identity of all the show’s participants a secret, Fox went to extreme lengths. Executive producer Craig Plestis says his team is discussing format and security changes for season two and beyond.

Plestis says security for season two will need to be beefed up.

“We want America to guess. We want our panel to guess. [The show] really tried to keep every secret from them because that’s magic that we got from the show. If we can keep that again, keep all this a secret from everybody, from the crew and from the rest of America, it’s going to be a great season.”

‘The Masked Singer’ concept was adapted from a South Korean show with a similar premise. Fox announced the second season renewal within the first few weeks of the show airing. The show usually gets between 6 million and 11 million viewers per episode.  Twelve celebrities start the challenge, all in unique disguises during their performances.

Using the Super Bowl as a promotional tool has done wonders for new and emerging TV series.  Some examples of shows that have premiered after the Super Bowl include ‘Alias’ and ‘Friends.’