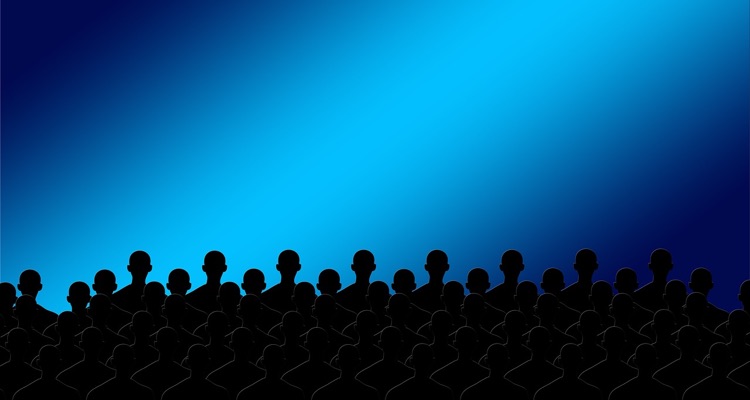 Earlier this month, Cox Communications and the RIAA reached an astonishing agreement.

The internet service provider, which has suffered multiple defeats against the music industry in court – including a $25 million payout to BMG – submitted a proposed stipulated order.

Both Cox and the RIAA – representing Sony, Warner, and Universal Music – agreed the ISP would promptly hand over the names, payment information, and addresses of business subscribers who allegedly downloaded illegal content.

Under the proposed order, Cox would first notify its business subscribers.  They would have the option to contest the decision.  Should they fail to do so, however, the major labels would receive their personal information.

Yet, not everyone agrees with this proposed order.  Now, one subscriber has declined to hand over personal information to the music industry.

A lone wolf challenges Cox and the RIAA.

“Like other medical care providers, John Doe provides an unsecured, public wireless network that can be accessed by patients and other visitors who agree to abide by John Doe’s terms of use for the Public Wi-Fi network.  Cox is the internet service provider for this Public Wi-Fi network.”

The unsecured network, writes John Doe, ultimately triggered copyright infringement notifications.  Prior to logging into the free Wi-Fi, users had to agree with the medical company’s Terms of Service.

“In using the System and the Services, You agree that you will not: (1) infringe any patent, trademark, trade secret, copyright, right of publicity or other right of any party; (2) defame, abuse, harass, stalk any individual, or disrupt or interfere with the security or use of the System or any website accessed by it; (3) interfere with or damage the System, including, without limitation, through the use of viruses, cancel bots, Trojan horses, harmful code, flood pings, denial of service attacks, packet or IP spoofing; forged routing or electronic mail address information, or similar methods or technology…”

The medical company admits that users may have downloaded copyrighted files.  Yet, as it doesn’t track the MAC addresses of individual users, ‘John Doe’ can’t identify individual people nor devices.  Thus, the company argues it shouldn’t have to share its business details with major labels.

“Thus, disclosure of John Doe’s subscriber information will not lead to the discovery of the individual(s) who are alleged by Plaintiffs to have engaged in copyright infringement through the misuse of John Doe’s network in violation of the access agreement.”

In addition, should Cox and the RIAA ignore this request, the proposed stipulated order would breach the corporation’s legal rights.

“All disclosure will accomplish is a breach of John Doe’s privacy rights under the Cable Communications Privacy Act, 47 USC § 551, and the imposition of time and expense burdens on John Doe, all without furthering any claim or defense in this case.”

The court will now decide whether to provide John Doe’s information to the RIAA.  As previously explained, it remains unclear whether the RIAA plans to take all 2,793 Cox business subscribers to court.

You can view the objection below.