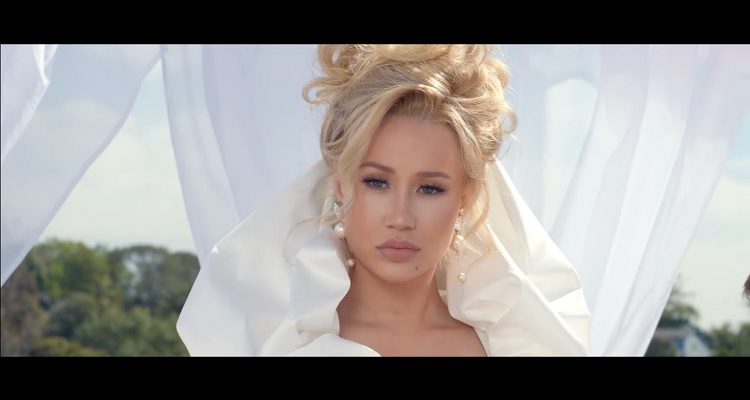 Three years ago, in a photo shoot with GQ Australia, Iggy Azalea agreed to have several topless photos snapped.

“A lot of high profile women have shot covers for GQ with a strategically placed hand, etc., covering their breasts, etc.  I always felt they were gorgeous covers, so I jumped at the opportunity.  I hadn’t seen other women’s covers leak, so I felt comfortable (on a closed set) to model for such a reputable magazine knowing only the images with my hands covering would be considered for print.”

She added she had never considered publicly releasing those photos.

Over the weekend, however, someone leaked the photos online.

Shaken by seeing topless photos of herself widely shared online, Azalea was promptly harassed by trolls.

Prior to deactivating her social media accounts, the female rapper explained,

“Today, I’m a ball of negative emotions.  I feel blindsided, embarrassed, violated, angry, sad, and a million other things.  Not solely because I did not consent to this – but also because of the vile way people have reacted.”

Azalea has also vowed to take legal action against the person or people responsible.

“I fully intended on finding out where the leak originated from and pressing criminal charges in regards to this.  It’s important to me that someone actually be held accountable for their actions & the way it impacts my life.”

GQ Australia has yet to comment on the leak.  On Instagram, however, Muñoz expressed his sympathies and his anger at the hacker(s) responsible.

“I’m outraged and saddened to find out that images of mine were stolen and published without my permission.

“There is currently an investigation underway.  Posting these stolen images is illegal, and anyone who has done so will be prosecuted.

“I empathize with any discomfort that this situation has caused to anyone that is involved.”

Determined to track down the hacker, he added,

“My heart goes out to anyone this situation has affected.  I’m utterly outraged and will not rest until justice is served.”